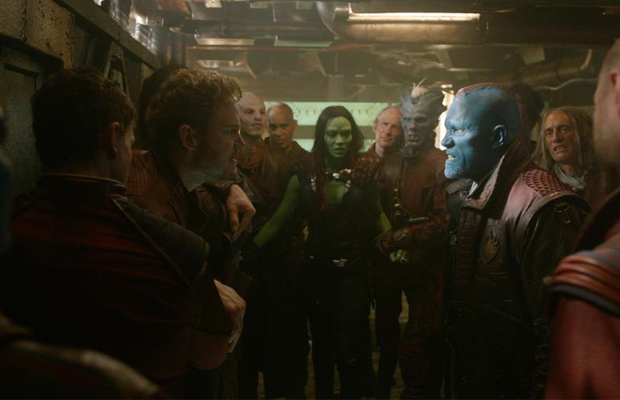 The Hollywood Reporter reveals Jimmy Kimmel is going to get a huge exclusive for Marvel’s Guardians of the Galaxy. Set to premiere on Monday, July 21, Kimmel will “Debut exclusive content and face off in a trivia contest against 5-year-old expert Mia Grace,” while welcoming stars Chris Pratt, Vin Diesel, Bradley Cooper, Zoe Saldana and Dave Bautista to the show. Monday is also the date the Guardians will have its Hollywood premiere. The film opens August 1st for those who are still left in the dark.