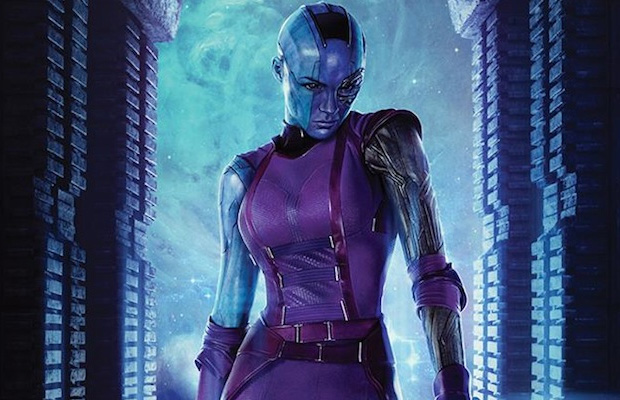 With Guardians of the Galaxy hitting Blu-Ray in the coming weeks, recent chatter about the film’s alternate ending has surfaced online. Director James Gun recently spoke with Slash Film about the original ending, which featured additional scenes with Nebula (Karen Gillan) and Grandpa Quill (Gregg Henry).

Below is a description of the ending as told to Slash Film.

There are three characters that got cut out [of the “Ain’t No Mountain High Enough” montage]: Nebula, the Collector and Grandpa Quill. Nebula and Collector we decided, at a certain point, they’re kind of bad guys in the first movie. It was a real joyous experience with that finale so we thought we’d keep it to the characters that were part of “the good team.” Which includes Yondu. He did fight on the good guys side. So we thought we would keep it to them.

Grandpa Quill we cut because he was in old age make up and we were a little afraid people wouldn’t recognize that it was him from the beginning of the movie. And also, it was a pretty sad moment. It was Grandpa Quill and he has this photograph of Meredith and Peter as a little boy and he looks up at the stars and we go up to the stars and it was really sweet. It means that he must have seen Quill getting abducted at the end of that day and is still waiting for him to return but it was freaking sad so we took it out.