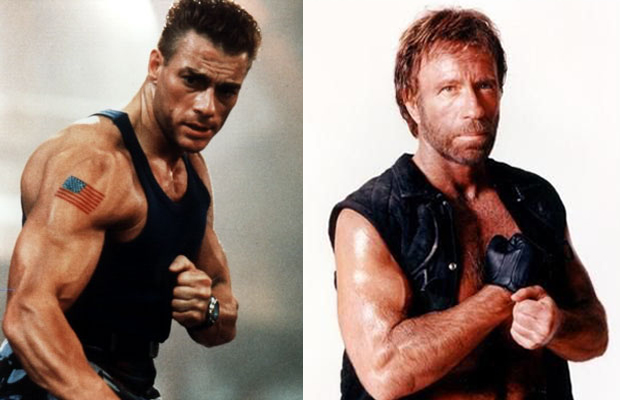 After rummaging through Millennium Film’s website, IGN spotted both Jean Claude Van Damme and Chuck Norris listed in the The Expendables 2 casting list, which pretty much confirms both actors for the action flick. The 80s actions stars have been rumored for quite some time, alongside John Travolta (who hasn’t jumped onboard, as of yet), the film production company also leaked the film synopsis, but the bigger surprise comes from the spoiler discovered in the film’s synopsis, which has Expendable Mickey Rourke being killed off. That blows. Here’s the full film summary and notable cast list according to the site.

The Expendables are back and this time it’s personal! After Tool (Mickey Rourke), the heart and soul of the Expendables, is brutally murdered on a mission, his comrades swear to avenge him. They’re not the only ones who want blood. Tool’s beautiful young and wild daughter Fiona embarks on her own revenge mission, complicating matters when she is captured and ransomed by a ruthless dictator plotting to destroy a resistance movement. Now Barney and the Expendables must risk everything to save her and humanity.