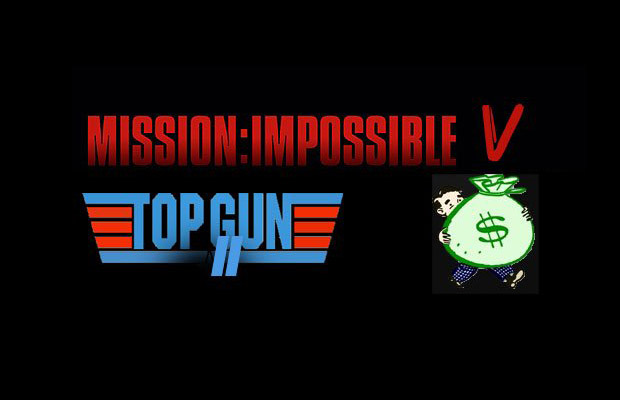 After a strong IMAX outing last friday from the critically praised Mission Impossible: Ghost Protocol, word has it that Paramount Pictures is already green-lighting a fifth installment in the MI series. The news comes from Moviehole, who claims to have received an email from a close source over at Paramount discussing the planned sequel, along with a follow-up to Tom Cruise’s 1986 blockbuster, Top Gun:

Over email I just spoke to someone in production at Paramount who said they’re “extremely happy” with how well the film was doing (going so far as to suggest it might be the big money-maker of the Christmas period; Personally, I think “The Muppets” and “Tintin” are forces to be reckoned with) and that they’ve heard “Skydance definitely wants to get going quickly on [Mission] 5. And a Top Gun” with Tom. Paramount are onboard for both.

We can see Cruise coming back for another Mission, but Maverick’s return has been in the works for several years, stuck in development limbo for quite some time. So in other words, don’t expect Cruise to jump in the cockpit anytime.