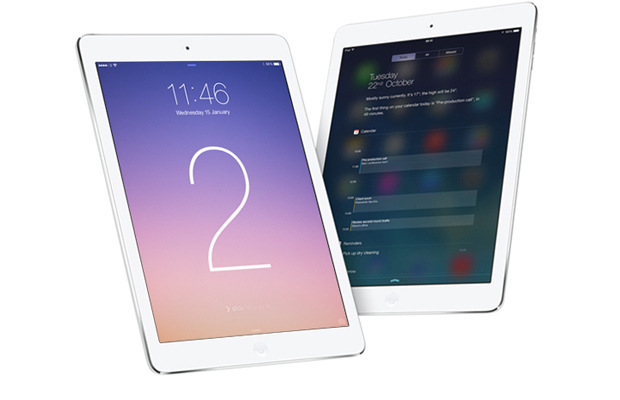 Just a good week and a half before Apple unveils the latest addition to its tablet lineup, new details regarding the iPad Air 2 have surfaced online. Word is the new model will be 0.5mm thinner than the original with the display and glass being laminated into a single piece. A similar approach to what Apple’s done before with its latest iPhone models.

The new design could however eliminate the mute/vibration button, though the volume rocker might be more inset. Speakers will now feature a single-row grille, where the built-in microphones might be moved to a new location—near the right of the camera module and the left side of the tablet. Cameras will look to receive an upgrade as well as Apple might bump up the rear one to an 8MP shooter and the front-facing camera receiving 720p FaceTime video calls.

In terms of power, the Apple A8 processor will be stuffed inside the iPad Air 2, along with 2GB of RAM and several internal storage options available: 32GB, 64GB, and 128GB. Expect to see Apple Pay and the TouchID fingerprint home button as well. Let’s see if The Michael Report is right on this one.