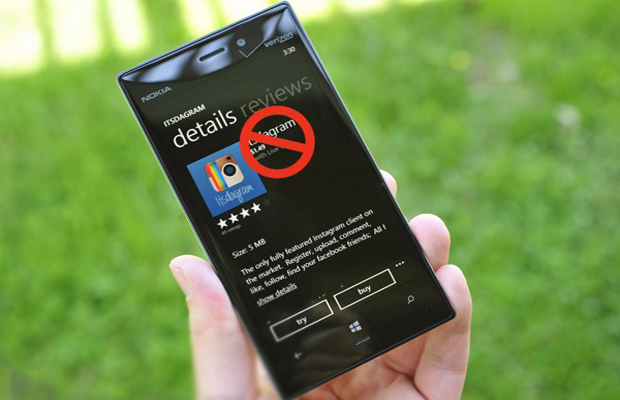 From Facebook to Spotify, the majority of killer apps found on most smarpthones have finally made its way onto Microsoft’s mobile OS: except Instagram. The world’s most popular photo-sharing program continues its holdout on the WP8 platform, blocking all third-party services from accessing its API and preventing WP8 users from uploading photos to their profiles. Instance developer Daniel Gary put the Twitterverse on notice via tweet with the news: “Evidently Instagram has little spies that watch every @WindowsPhone user and deletes their images after uploading. #onlythingicanthinkof”. That’s some foul shhhhh right there.

Gary also confirmed the news with The Verge, stating Instagram is “detecting when photos are not uploading via the official app.” “It’s their servers, their service. What I was doing was not approved by them and was using their private API,” he continued. An Instagram rep also confirmed the company did make changes to its API: “We recently made an update to the systems that we use to fight spam to help prevent future attacks and increase security.” Soooo…what now?