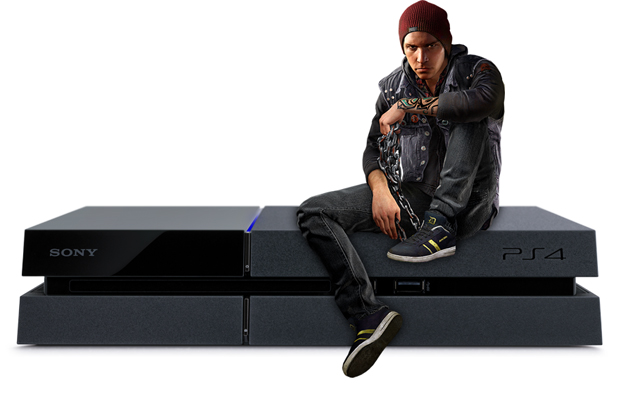 Most PlayStation 4 gamers have been wondering when Sony would confirm an update to offer the ability of pre-loading games on the next-gen console. Well, Infamous: Second Son developers Sucker Punch might have mistakenly leaked when the feature might be available for gamers—suggesting it will be added in the PS4’s 1.7 firmware update.

The company responded to an inquiry via Twitter about whether it being possible to pre-load Second Son ahead of the game’s release, leading Sucker Punch to reply with the following: “No preload on PS4 until April and for North America, the PS Store will update at midnight PST…so 3am EST.” A second question followed about the PS4 functionality possibly coming in April, which the developer answered back: “Not sure about SCEE but yes on SCEA.”

Sony did announce that a significant update to the PS4 was coming “in the coming weeks” that would allow HDCP to be turned off and integrate video editing capabilities. But like all reports, Sony has yet to confirm this news, and most likely wont till the new firmware update is made available.

Related: Will the PS4 Become the Lead Platform for Future “Call of Duty “Games?
Related: Sony Confirms “More Than 100 PS4 Games” For 2014