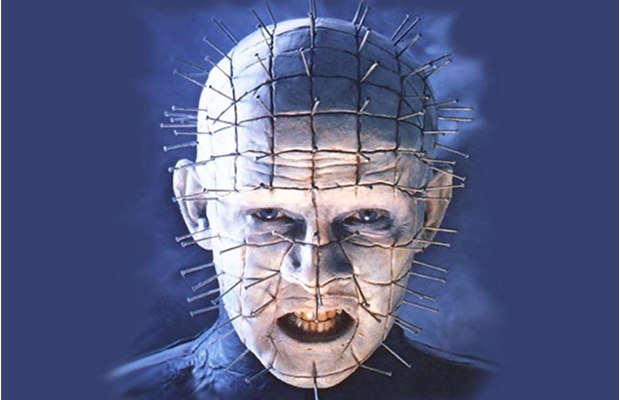 The Hellraiser reboot has been stuck in development purgatory for several years. So after having gone through numerous scripts, which have all sucked, Dimension Films is bringing back franchise creator Clive Barker to pen the remake’s script. That’s not all. The studio is also welcoming back the original Pinhead himself, Doug Bradley, to reprise his role as the infamous leader of the Cenobite. Barker announced the news on his Facebook page:

“Today I have officially been invited to write the script…” Barker wrote. “What can I tell you about it? Well, it will not be a film awash with CGI. I remain as passionate about the power of practical make-up effects as I was when I wrote and directed the first HELLRAISER. Of course the best make-up in the world loses force if not inhabited by a first-rate actor. I told the Dimension team that in my opinion there could never be a Pinhead without Doug Bradley, and much to my delight Bob Weinstein agreed.”

In addition, Barker confirmed that the film would indeed be “R-rated” when asked by a fan on his FB profile:

“As questions are asked I’ll do my best to answer them, though as you all know making movies is a volatile art, and things seldom remain fixed. One question regarding the rating has been asked. I asked it too, and Dimension confirmed that they are purely interested in an R-rated picture.”

There you have it. Hopefully we see the Hellraiser reboot sometime in 2015, its projected release window at the moment.