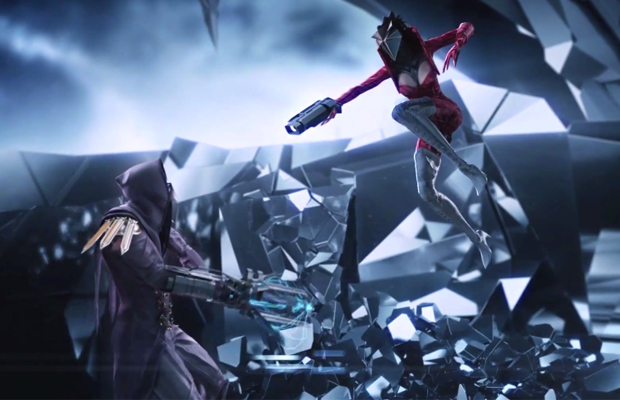 The same company behind Dance Central and Rock Band are putting out an arena first-person shooter? Really? Believe it. Harmonix is developing such a project and from the looks of the trailer, which is all CGI, we have to say it looks really promising. Chroma is being described as a “completely re-imagining the classic Arena FPS formula” that combines the typical FPS with musical elements.

In terms of gameplay, picture having to keep time with the beat of song for each shot or waiting for a change-up during a song to transform the terrain around you and ease through a map and kill an opponent. Sounds absolutely sick. The game allows players to step into the shoes of Fader, “a musical icon of the future” who uses an arsenal of sound and music rather than bullets and bombs to control something called “The Signal.” Multiple classes will be afforded and each will have their own abilities and musical mechanics. Sounds like Unreal Tournament meets REZ.

Watch the Chroma announcemnt trailer below and tell us your thoughts.