‘Guardians of the Galaxy 2’ to Feature More Howard the Duck? 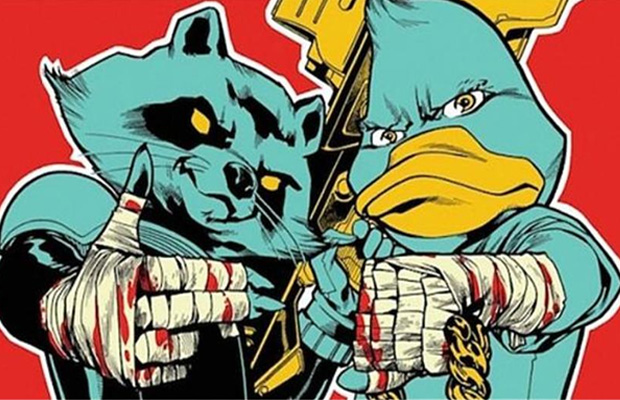 Marvel’s success of Guardians Of The Galaxy could possibly lead to the success of a success for another Marvel character, that being Howard The Duck. The last we saw Howard, he was in a somewhat failed standalone film by George Lucas. Shortly after that, there was a mini-series based on the character. But recently, James Gunn hs sparked a new interest in the character, providing him a guest appearance at the End Credits scene of his latest Marvel cinematic. The Hollywood Reporter has given us a quick and dry story for the character, coming from his new comic series, and appearance in the film: “Howard’s first big case has taken him across the universe and landed him in the clutches of The Collector! But he’s not alone as the very popular Rocket Raccoon is a prisoner as well! Have you ever seen a comic book sequel to a post-credits scene in a movie? Well, you will now!”

Marvel is reviving our fine-feathered friend to do two things: reflecting on what’s poplar and possibly giving spoiler alerts of what they’re working on in the future. Of course, with his increasing popularity, Howard would surface in the Marvel universe. And what better film than Guardians of the Galaxy. With that being said, Gunn could very well hold Howard’s cinematic future in his hand. Guardians Of The Galaxy 2 is to be released May 5, 2017.