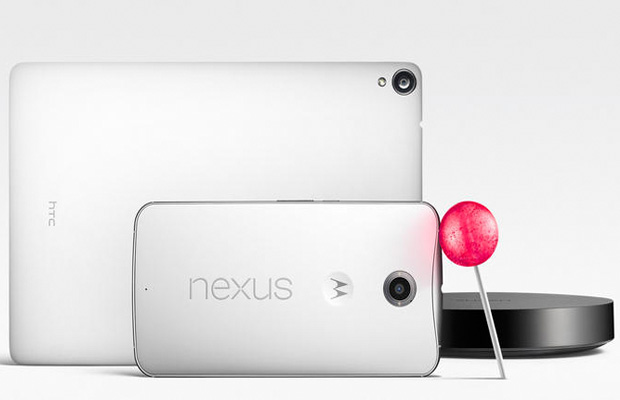 Guess the leaks must have gotten too out of hand for the Android kingpin, as Google’s moved forward with announcing its latest trio of flagship devices in the Nexus 6 smartphone, Nexus 9 tablet, and Nexus Player media streamer. Each one will run on the company’s newest mobile OS dubbed Android L (Lollipop), which boasts a variety of new features catered to enhance the user experience.

The Nexus 6 will be made available for preorder on October 29, with an unknown November date penciled in at the moment. It will be sold unlocked and through several mobile carriers: including AT&T, Sprint, T-Mobile, and US Cellular. Two versions will be in the cards, those being a 32GB model for $650 and a 64GB model at $700.

On the other side, the Nexus 9 and Nexus Player will hit the market simultaneously, with Google taking reserves on October 17 and launching each one in stores on November 3. A 16GB version of the tablet should run for $400, where as a 32GB version will carry $480 price tag. The LTE edition is coming for $600 as well. Lastly, the Nexus Player will come bundled with a remote control for the cost of $100, with an optional gaming controller being offered at $40 more.