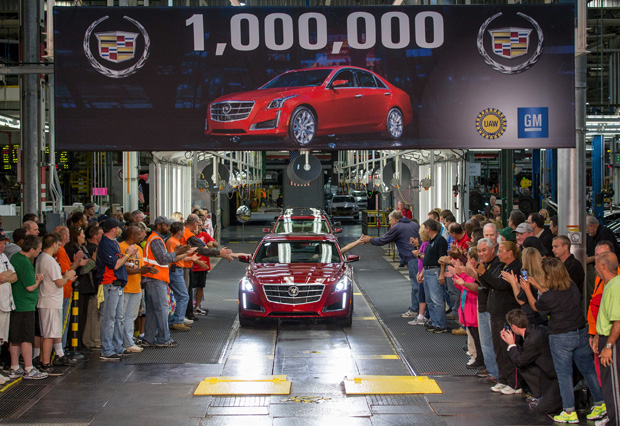 Not many carmakers can hold claim to assembling over one million cars. In fact, we can’t think of any other than General Motors. Right off the production floor from the GM Lansing Grand River Assembly Plant comes the one-millionth Cadillac built at the facility, which turned out to be the 2014 Cadillac CTS sedan. That should make it some type of collector’s item, right? We would hope so.

Global Senior Vice President, Bob Ferguson, had this to say about the accomplishment: “One million Michigan-made Cadillacs is a great milestone for Lansing and for luxury car-building in America. Lansing Grand River is an essential ingredient of Cadillac’s growth. It is a benchmark for luxury car manufacturing in North America, which takes another step forward today with the launch of the new CTS.”

Kudos to the Cadillac team for achieving such a milestone. Let’s see how long it takes to reach two million.