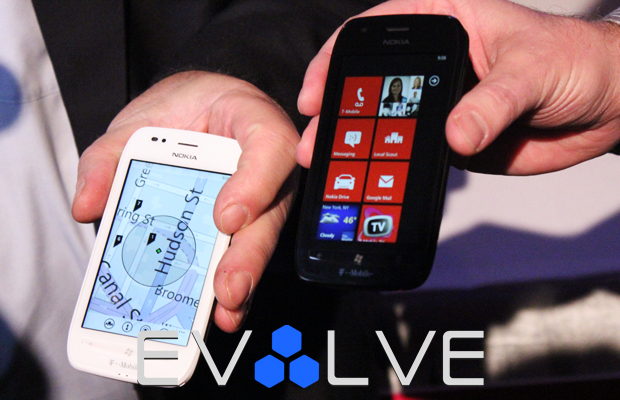 Many of us speculated that Nokia would announce its first US Windows Phone 7 device during the week. What we didn’t expect was to get our hands on the new mid-level Lumia 710, especially since most of the international buzz has come from the manufacturer’s premium handset: the Lumia 800. Nonetheless, T-Mobile invited a select group of mobilephiles and media experts to the Skylight Soho in New York City for a few cocktails, some games, and to check out the carrier’s January-slated Nokia offering, which will run for a surprising $50 when launched early next year.

The Lumia 710 runs on Windows Mango interface and produces the same sleek and fascinating presentation as some of the more recent WP7 models on the market. Even though it runs on the second-gen 1.4-GHz Snapdragon processor, Mango’s UI is so intuitive to where the phone executes commands and moves just as smooth as most dual-core phones. On top of that, the device comes in two flavors (Black and White), features a solid 3.7-inch screen, and offers some cool productivity and business apps to appease the PC crowd. Pretty impressive to say the least.

After toying with the handset, we can’t help but think if Nokia has future plans to release the higher end Lumia 800 in the states. Only time will tell, but if the clock strikes, we’re hoping it releases the limited edition Dark Knight Rises model of the phone (read more about it here). Check out these images of the Lumia 710, along with some shots of the invite-only party. You know how we do.