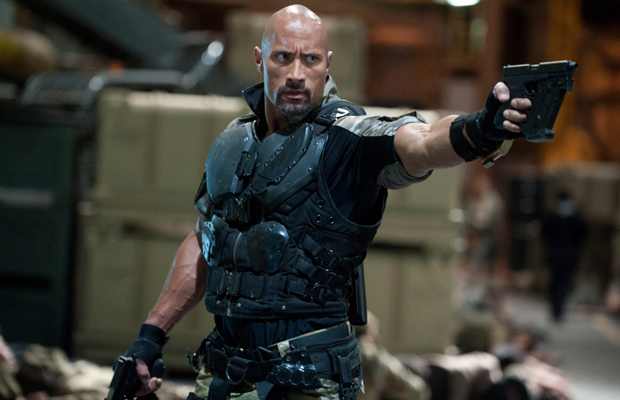 According to Variety, the next installment of the G.I. Joe franchise has tapped Jonathan Lemkin to craft the screenplay. Though Jon Chu isn’t expected to return to direct the next film, Dwayne Johnson and Adrienne Palicki are set to portray their characters again in the threequel, produced by Lorenzo di Bonaventura and David Ellison. Details on the plot of G.I. Joe 3 are unknown at this point, but the focus of the film will center around one specific character.

“Plot details are vague right now but sources say this installment is expected to revolve around Johnson’s character Roadblock, who was introduced in the last installment and soon became a fan favorite.”

The plan for Paramount and Skydance is to begin production sometime in 2015 and the film is clearly a big priority considering Retaliation accrued more than $370 million worldwide. Most of the cast is expected to return to close the franchise, but the director’s chair remains vacant and until that position is filled, the show can’t go on. G.I. Joe 3 plans to make it to theaters in 2016.