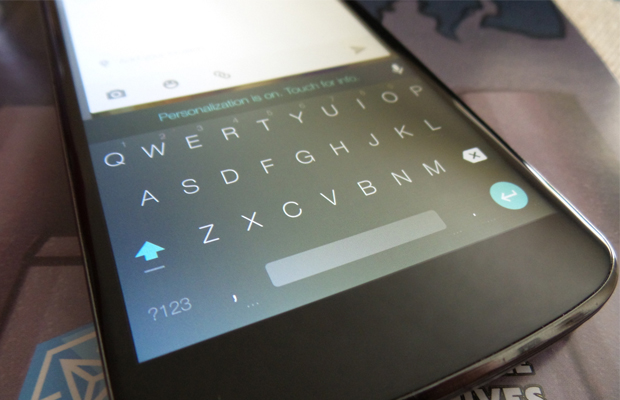 What’s a keyboard without lines to differentiate the buttons and Google’s signature color theme? It’s the new Android L keyboard that is currently free and ready for download in the Google Play store. The keyboard was showed off last month at I/O 2014, with the latest OS. It will function on the users’ phone NOW, just as it will when Android L is released later this year. After the app is installed just follow the prompts to set it as your default keyboard and tada, the new keyboard is yours.

It didn’t take long for the developers to dissect the systems images of Android L and pull out some of the core apps, to reengineer them for the current devices. One of the most obvious changes was the keyboard, which I’m sure we’re all grateful for. It has initially been pulled from the original Google preview and repackaged as a stand-alone app that can be installed via Google Play. The new design seems to make more sense because the keyboard matches finger positions better while typing.