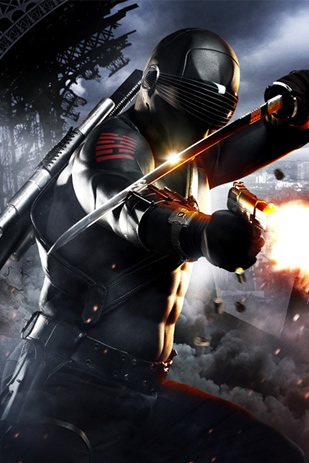 “The Rise of Cobra” wasn’t critically acclaimed, but it was a money maker for Paramount. So it was only inevitable that a sequel be in the works for “G.I. Joe.” With “Zombieland” wrtiers Rhett Reese and Paul Wernick penning the script, and producer Lorenzo di Bonaventura returning, things are looking good. Bonaventura recently spoke with MTV to discuss the progress of the film:

MTV: Have Reese and Wernick delivered a script yet?

Lorenzo di Bonaventura: We’re not that far. I think it’ll be pretty soon. It’ll need a lot of work. They all do. I’ve had an occasion to read some of their pages, so I know the quality is there and the sense of tone is there. Paramount is very excited about us getting it going. No dates have been set. In our heads we think 2012 — that summer.

MTV: So then you’d start shooting when?

MTV: Are Channing Tatum, Joseph Gordon-Levitt and the rest of the main cast going to return?

di Bonaventura: We haven’t defined it yet. We’re gonna keep that under wraps for the moment. They all did great and we liked them all. It’s hard to manage as many characters as we tried. It would make life a little easier to have a few less. It’d be a hard decision to lose anybody, because they all did great.

2012 is going to be a hot summer. Read the entire interview at MTV.