Judging by MTV’s visit to the “Green Lantern” set, Ryan Reynolds might not have much fitting to do for his superhero costume. DC Entertainment’s Chief Creative Officer, Geoff Johns made a previous mention before, 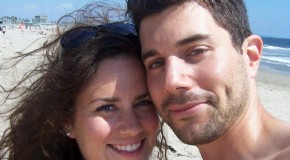 Paranormal Activity star Micah Sloat caught up with MTV at the 2010 Independent Spirit Awards and dropped some interesting news concerning the upcoming sequel. Will he be returning, along with co-star Katie Featherston? Or 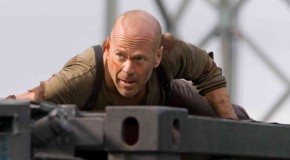 John McClane is forever. At a recent press junket for his new comedy flick “Cop Out,” Bruce Willis chopped it up with MTV and revealed some information on the fifth planned installment of Die

It’s been talked about for quite some time, but it comes from the camel’s mouth this come around. Series director Ivan Reitman confirmed with MTV that he’ll indeed finish out the trilogy in the

This should be an interesting development. An origin story for a straight-forward action video game. MTV caught up with the film’s producer Wyck Godfrey, who explains why the telling of the Locust story isn’t

With every film literally being converted to 3-D these days, its no shocker MTV and Paramount crafted the idea for Jackass 3-D. Filming is scheduled to begin Jan. 25, and we’re sure Johnny Knoxville