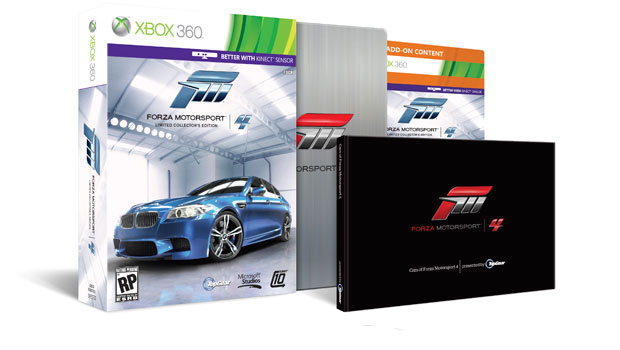 Microsoft’s racer, which is to due out October 11th, now has a Limited Collector’s Edition thanks to developers Turn 10 Studios. For just $79.99, the package will ship with 25 exclusive cars, as well as “VIP Membership status” to the Forza online community. The Steelbook DVD case will also feature a 96-page Cars of Forza Motorsport 4 Presented by Top Gear book, and a vinyl sticker set featuring Forza, Top Gear, and Turn 10 logos.

It sounds like a great gift for racing-sim fans. Forza Motorsport 4 Limited Collector’s Edition will include all below.