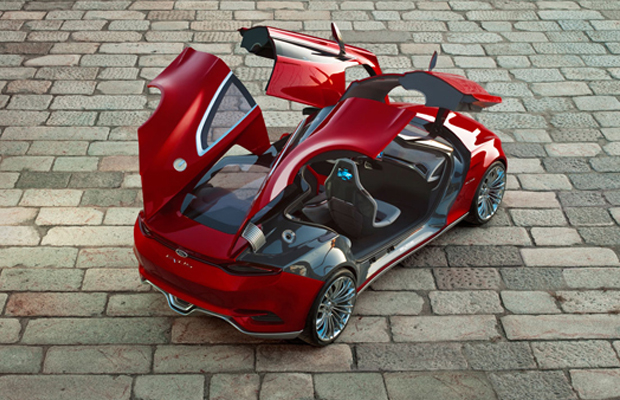 Just weeks away from the 2011 Frankfurt Motor Show, it seems like every major auto manufacturer is pulling off the sheets on its hottest concept vehicles. First Audi impressed us with its compact 2012 Urban Concept, but Ford takes it to another level with its ridiculous fastback gull-wing four-door sedan. Ladies and gents: the Ford Evos Concept.

This future hybrid prototype sports a sick trapezoidal grille positioned high on the front fascia, which is set to become the “face of Ford” and will appear on all future Ford vehicles. But its that sick suicide-door design that got us tripping and drooling on our MacBook Air keyboard. You might notice the supple curves and taut lines present with the doors closed, along with the glass roof that connects the front and rear windshields, and the trapezoidal exhaust top poking from the rear.

Ford looks to integrate several communication systems, along with other technologies into the Evos, set to adapt to a driver’s needs. For instance, the car might be able to match a commuting route with local traffic, or play a favorite song or radio station automatically. In addition, Ford is claiming that the Evos will be able to communicate with a driver’s home to perform certain tasks like close a garage door and turn on/off the lights.

On the performance tip, the Evos should bear the same plug-in hybrid drivetrain found in the Ford C-Max Energi, plus a gasoline engine and generator that will supposedly push up to 500 miles on a single charge and tank of fuel. We plan on having one of these in our garage in 201*. 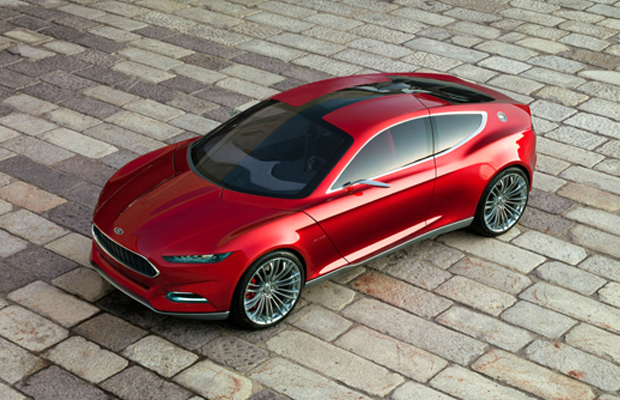 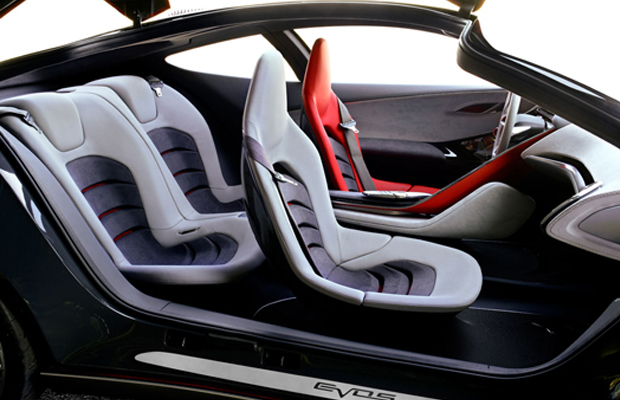 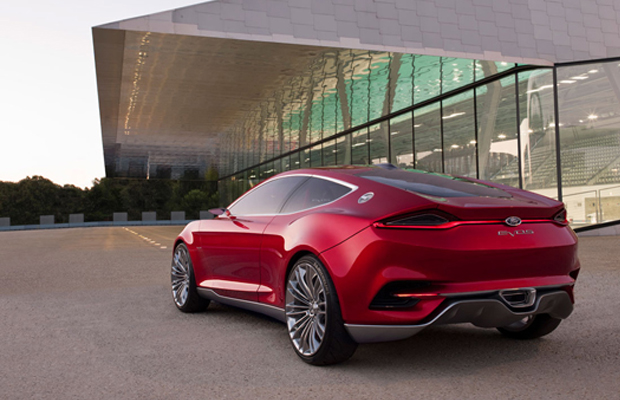