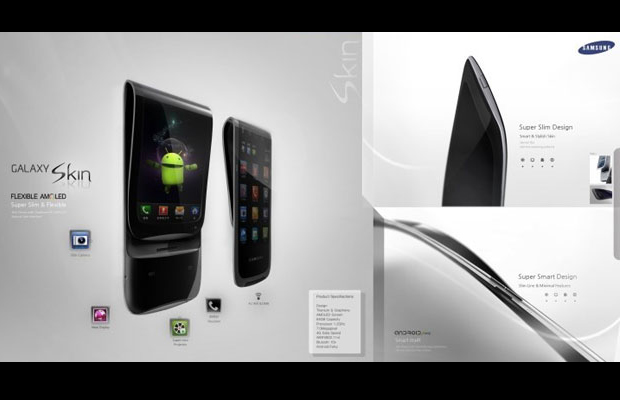 Back in June we got a peak at the Samsung Galaxy Skin smartphone. Even thought it’s clearly a prototype of the Galaxy S series, International Business Times now claims the Android concept will actually be released as a real device come Q2 2012. Among the phone’s standout features include a flexible AMOLED display, 1.2GHz processor, 1GB of RAM, 8MP rear camera, front-facing VGA camera, and a 1500mAh battery. IntoMobile has video coverage of the Skin, which you can check out below.