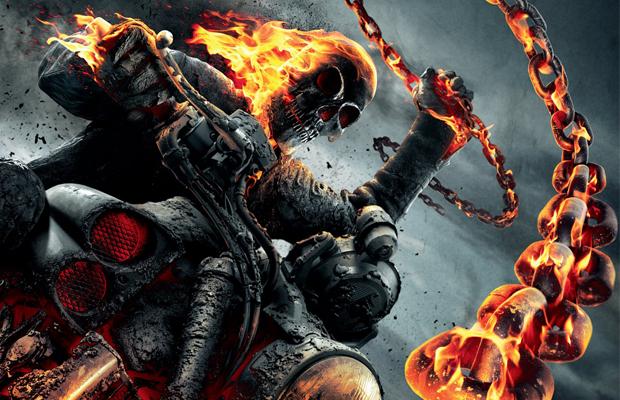 Sony unveils the final poster/standee for the upcoming Ghost Rider: Spirit of Vengeance, and it looks pretty dope. Maybe not better than some of the cooler fan-made posters, but it works nonetheless. Johnny Blaze rides into theaters Feb. 17, 2012. Read up on the full synopsis below and take a full look of the banner below:

Nicolas Cage returns as Johnny Blaze in Columbia Pictures’ and Hyde Park Entertainment’s Ghost Rider: Spirit of Vengeance. In the successor to the worldwide hit Ghost Rider, Johnny – still struggling with his curse as the devil’s bounty hunter – is hiding out in a remote part of Eastern Europe when he is recruited by a secret sect of the church to save a young boy (Fergus Riordan) from the devil (Ciaran Hinds). At first, Johnny is reluctant to embrace the power of the Ghost Rider, but it is the only way to protect the boy – and possibly rid himself of his curse forever. Directed by Mark Neveldine and Brian Taylor. Screenplay by Scott M. Gimple & Seth Hoffman and David S. Goyer. Story by David S. Goyer. Based on the Marvel Comic. Produced by Steven Paul, Ashok Amritraj, Michael De Luca, Avi Arad, and Ari Arad. 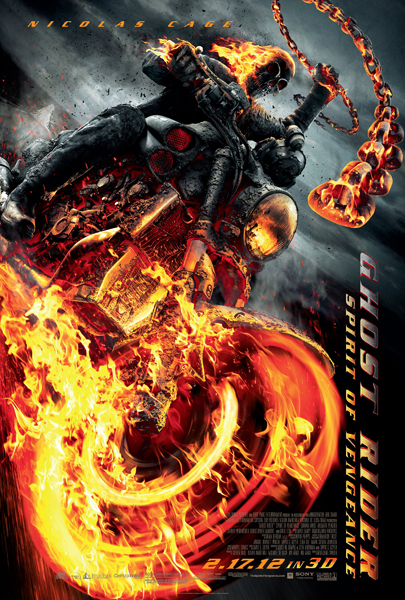