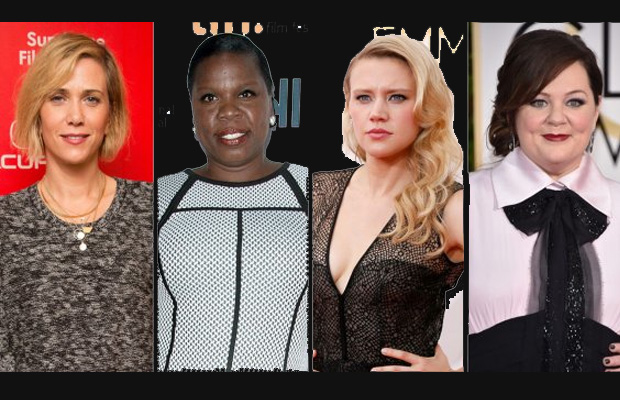 According to a report by The Hollywood Reporter, director Paul Feig has officially announced the cast of the 1984 film via Twitter, and they are all females. Kristen Wiig, Leslie Jones, Kate McKinnon, and Melissa McCarthy will star in the film, which is set for release on July 22nd, 2016. McCarthy and Wiig have worked with Feig previously on Bridesmaids, and McKinnon and Jones are currently working together on NBC’s Saturday Night Live.

There has already been a long development process for the project, considering Ivan Reitman was meant to return as director, along with the original cast of Bill Murray, Dan Aykroyd, Harold Ramis, and Ernie Hudson. Reitman was on board to return; however, he backed out of the production when Murray was elusive about the project and Ramis passed away, leading Feig to be appointed as director for the reboot.

In response to questions about the direction of the film, Feig commented, “I love the first one so much I don’t want to do anything to ruin the memory of that. So it just felt like, let’s just restart it because then we have new dynamics….I want it to be really scary, and I want it to happen in our world today”. Filming is rumored to start this summer in New York City.