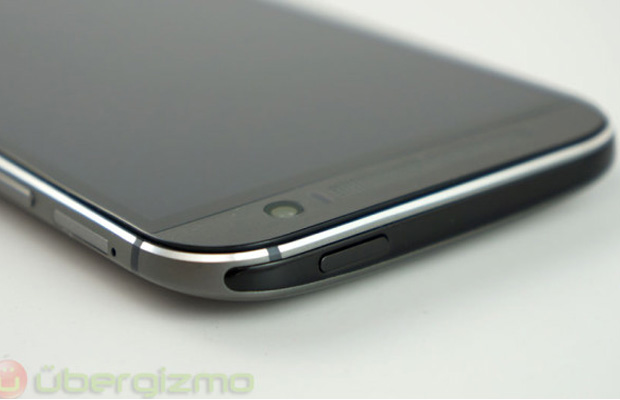 The cat is already out of the bag in regards to HTC’s upcoming flagship device. We can expect the Taiwanese mobile giant’s next major phone, the One M9, to be announced at Mobile World Congress 2015. Something else we can expect: some new design elements integrated in the handset.

According an unnamed tipster via HTCSource, the HTC One M9 will do without the black bar that housed the HTC logo on the previous models. That’s not all. The plastic speaker panels originally seen to hide the BoomSound speaker chamber and amp will supposedly be taller than on the M8. In addition, it’s being said that the edge-to-edge glass panel will enclose the speaker panels within itself.

The One M9 is said share some design elements of the Nexus 9, featuring a 45-degree cut on the top edges and cutouts in the glass panel that cover 50 percent of the phone’s bottom. This anonymous tipster also mentions how these changes will make the One M9’s design “slicker” and “more refined” than the previous model. We’ll see come March 1st.