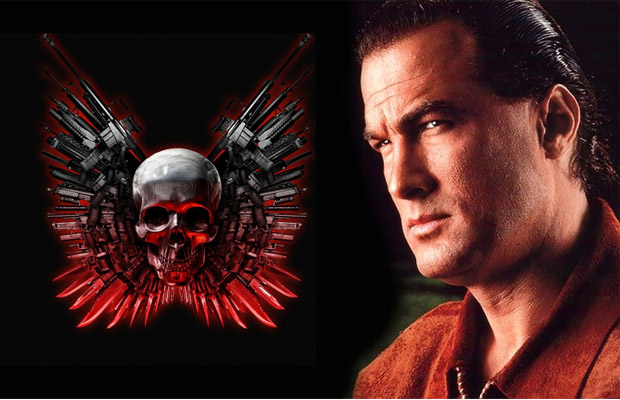 Action movie icon Steven Seagal has built quite the resume during his many years in the industry. That body of work should warrant the opportunity for him to collaborate with other bad-ass veterans of the genre in Sly Stallone’s The Expendables franchise. Right?! While many agree the martial arts expert should be present in The Expendables universe, there is a reason why we have yet to see the white boy Hatcher make an appearance in the franchise.

According to Seagal himself, he has his reasons as to why he never jumped on the “bring all the famous action movie icons together and watch them be awesome” train. He explains those reasons, briefly, in an interview while discussing potential ideas for Under Siege 3.

Why have you never been in an Expendables film? I just didn’t like some of the people involved.

The cast is made up of so many people I guess you couldn’t like all of them. Life is too short to work with funny people.

Would you like to name any names? Of course not. There’s good and bad people everywhere and a lot of people in The Expendables I like too. So it’s okay.

Have you thought of assembling your own team and taking them on? That might happen.

Would you have to be the leader though? No I don’t care, I don’t have any ego about that. I’m just a simple country boy.

I would set it in Russia.

It seems like Russia has been Hollywood’s default bad guy forever. I sorta think the opposite. I think that America and Russia should be great allies and great friends. And can be. What I want to do is write a movie, which I’ve sorta already done, where Russian special forces and American special forces work together to combat terrorism. The only way for us to prosper as a human race is for us to get along. There are hundreds of millions of people that want that.

After your tour what films do you have coming up? I’m trying to do Under Siege 3, which is the plot that I told you. I’m trying to do some martial arts films in China. I have a lot of different scripts and ideas.

So Under Siege 3 will happen? Sure hope so.

While Seagal may not be a fan of Stallone’s successful franchise, he did admit he was intrigued by the idea of assembling his own team of legends to stand toe-to-toe with The Expendables though.