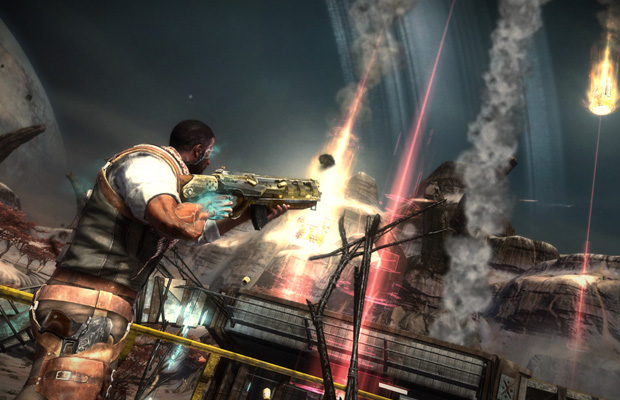 The “spiritual successor” to the online-only Warhawk has slowly, but surely gained some momentum after suffering a number of delays and being trapped in development for nearly three years. A majority of PSN fans gained immediate access to the Starhawk beta bundled with Uncharted 3: Drake’s Deception, and since then, the third-person action title has become one 2012’s most promising games. Don’t believe the hype? We’ll let Senior Producer of SCE, Harvard Bonin, give you a rundown of the title as he demo’s the game’s “Capture the Flag” online mode. A new single-player campaign, insane combat, mechs, and the ability to build structures such as walls and bases: insane. Here’s a look at our exclusive coverage of the Starhawk Multiplayer Beta preview.

Remember, we’re still offering a shot to join the Starhawk Multiplayer Beta. Read up on our contest and see how you can win a chance to enter the online mayhem.