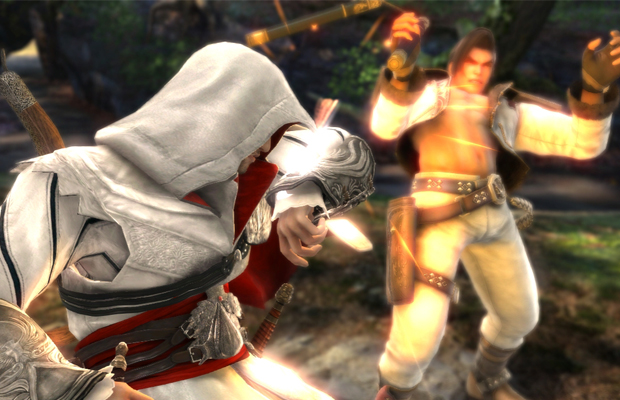 It’s been nearly three and a half years since we enjoyed a new entry in the Soul Calibur series. And while the title was a solid game overall, it failed to leave the same lasting impression as its predecessor. But Namco Bandai’s been busy prepping Soul Calibur V, ditching the Soul Gauge and “Critical Finishes” in favor of “Brave” and “Critical Edge” attacks, which goes hand-in-hand with the a new gauge meter and works similar to the “super meters” found in previous games. And we were fortunate to get a hands-on demo with the company’s PR Specialist Nick O’Leary at the Sony 2011 PlayStation Holiday Media Showcase. Watch as O’Leary breaks down the new character list and gives us a quick match against one special guest: Enzio of the Assassin’s Creed series. Peep one of his deadly attacks.