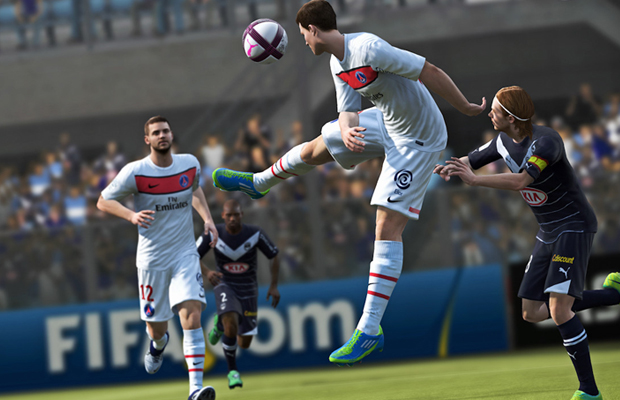 Any hardcore sports gamer will tell you FIFA 12 was not only the best sports game of 2012: it’s arguably the greatest soccer video game of all time. A major feat when considering the mass appeal titles like Madden 13 garner every year, but that’s just a sign of the strides EA continues to make with its sports franchise. Now that the EURO 2012 tournament has come to an end, the need for fútbol must be fulfilled. Enter FIFA 13. We chopped it up with Producer Santiago Jaramillo, who broke down the latest title. Improved AI, complete dribbling, and a few new gameplay upgrades ala player impact engine—expect FIFA 13 to steal Game of the Year honors once again. We’ll pass it off to Santiago and let him shoot.