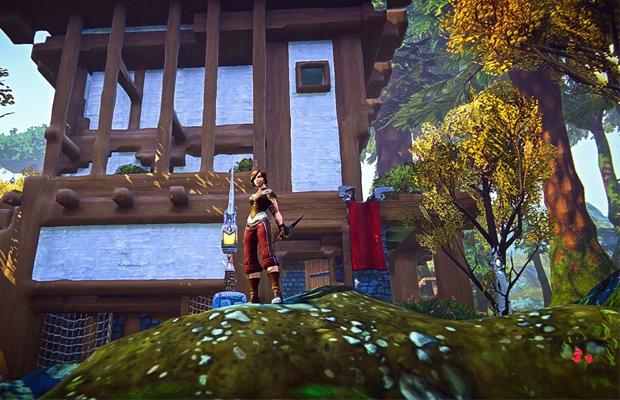 EverQuest has been around for a long time, 15 years to be exact, and run its course with PC gamers. Sony Online Entertainment noticed the lack of interest from its previous entries, which the company believes were rehashes of its older games, and made the decision not to release a prequel or sequel—it developed a game that is a “parallel world” of Norrath players would be familiar with—a reimagining of the series, so to speak. Creative Director Jeff Butler sat with Evolve to discuss a number of topics: including the game’s new sandbox MMORPG approach, its PS4 release, forum feedback, and what he would love to see from future installments.

Evolve: EverQuest had a massive following when it originally started. Then World of Warcraft came, and now League of Legends seems to be the hot MMO. What is Sony’s strategy in competing with these titles?

Butler: You bring up a great point with League of Legends. Sony’s original strategy with EverQuest was to create a game that nobody could find anywhere. But we were playing Ultima Online and Dungeons & Dragons, everything that came as a PC and console game before that. As a game player, EverQuest didn’t offer me a choice. I had to play EverQuest. It was the only game at the time that you could play that offered all those features. I could play D&D online with my buddies and didn’t have to worry about where they lived. I didn’t have to worry about them living close to me or working the same shifts that I did. I could find other friends in order to play that game. Landmark and EverQuest Next are those games. We’re trying to build something you can’t find anywhere else.

Evolve: SOE has come out and said all the other EverQuest games were pretty much more of the same. When would you say was the breaking point, the time when Sony green-lit the idea of reimagining EverQuest?

Butler: That’s a really good question. I suppose we could sit down and ask John Smedley and ask him what led him to decide that he wasn’t happy with what had been worked on in the past. But from my standpoint, John called me after hearing what I wanted to do with EverQuest Next. I had never worked on the project, so I had no clue what they were doing. So when they came and asked me what I would do if I had the opportunity to work on the project and I told them. And that’s the game we ended up making.

Evolve: The game definitely has a Minecraft feel. Why did Sony choose this title as a source of inspiration?

Butler: There’s a direct answer to that question. The entire time we’ve been making these games, we’ve discussed user-generated content. And the number of times that discussion came up, someone would hold up their hand and say: “People don’t want to work. They want to play games. Go away. Take your argument and flush it. We’re here to make the content for our customer and that’s all we’re here to do.” Minecraft proved people wanted to build and create. Look at Minecraft and that argument is invalid. People want to build and show friends what they built. They want to reimagine things that they’ve seen or heard about. This is the opportunity to do that.

Evolve: SOE is rewarding players financially for their creations via micro-transactions. Is this something that company looks to expand on? Maybe create a marketplace where players can sell their specially crafted items to others?

Butler: Not that I’m aware of.

Evolve: So the game has been confirmed for the PS4. What are some of the biggest challenges of bringing a PC title that requires such powerful specs to the next-gen console?

Butler: Ultimately, from a designer standpoint, I think we’re lucky. We knew all along, since we’re a part of the Sony family that consoles have always been in our future. So our original approach didn’t have to be reengineered for it to fit on a console. We have an engine that shipped DC Universe Online. Planetside 2 on PC and console. So we built a good foundation. Technology is the biggest hurdle to ship a game on multiple platforms and we have the technology going for us already. It’s still in the pre-development game phase. It’s just way too early to talk a release window.

Evolve: Will the gaming experience be different on the PS4? Could we also see cross-platform support?

Butler: I would think that we intend for effectively the same experience. I personally like to pick up a console controller and play the game that they want to play, kinda like the PC. Cross-platform support? Not really something I could comment on in any way. Truthfully. But from my understanding, those decisions and opportunities will be made based on our interactions with Sony and the PlayStation Network.

Evolve: Will the game have a presence at some of the upcoming major gaming expos like PAX East, GDC, and E3 2014?

Butler: I’d love to be, particularly because we have something interactive that people can engage in. Once we have people in beta and are building and becoming experts using the tools, I’d love to see people gathering together. Having contests and stuff like that. Just sharing information, tutorials, you name it. 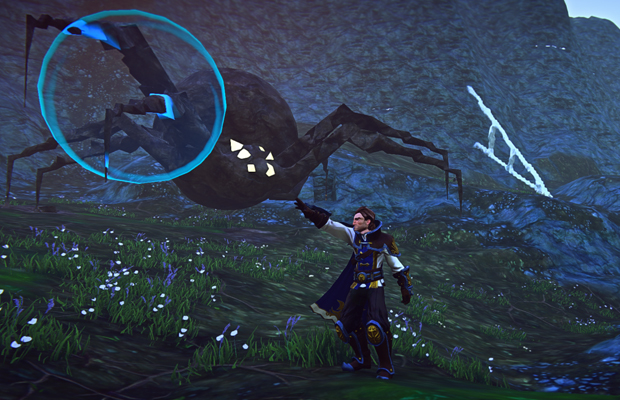 Evolve: 15 years is a long time for any gaming franchise to exist and still be popular. What are some of the fondest moments you’ve had working on the franchise?

Butler: I was lucky, in that I got to be an EverQuest player before I got into the industry. So I literally know EverQuest from every single angle. I went in as one of the first 32 people let into beta, so I saw the game like you’ve seen Next–for the very first time—when the developers were first creating it and asking for feedback. Started making friends with those guys and that’s how I became someone in the industry.

Evolve: How valuable does something like forum feedback become, especially when you’re looking to accommodate all gamers from the beta testers to the average player?

Butler: Forum feedback and that sort of contact has its value, but it has to be balanced by the first-hand experience. The person reading the forum feedback has to know some measure of the truth, have personal experience. You can’t go on the League of Legends forum and learn about the game unless you’re also playing it. Can’t play any MMO and know whether class balance and these opinions on class balance are true from a personal perspective. We as developers try to have our own personal knowledge with the forums and participate with players in the game because not everyone has an opinion in the game. That is a subset of a subset of a subset of people who post their feedback on a forum and then engage others in debate about their opinion. We also have to take into account the opinion of the guy who plays the game and doesn’t post on the forum. Observe him and gather his data, and we have to give him choices as well.

Evolve: From a creative perspective, what are some of the biggest issues you’ve been alerted about that are being enhanced now?

Butler: So far, nobody has come up with something they are concerned about. This has forced us to make a design change, where we didn’t realize players would come along and dig a hole in a ground to cover up the hole: unpurposely. You can dig your way out of the hole, it’s not that big a deal. So far, we haven’t been caught. We spent a long time thinking through those issues. When I was a huge griefer in Ultima Online and other games, so we tried to apply all that knowledge, and sooner or later we will get caught. Someone will think of something that we haven’t thought of, or they’ll bring it up on the forums and we’ll answer it as quickly as possible.

Evolve: Creations are endless here. What are some of the wildest things you’ve seen developed?

Butler: It was when we were working on the prototype for EverQuest Next, we built a city above Halas—a human city that existed in EverQuest. One of the new artist’s we brought onto the team, he really wasn’t enthused about building with blocks. But the stuff he built blew us out of our freaking boots. The first couple of things he made were unbelievable. After seeing his stuff, I went back to my stuff just to make it up to his standard. We were shocked and that sort of realization, which has happened over and over again with someone who has come to the team and brought something that we never expected—I want to see 10,000 people get their hands on it and see what they do with it. If it’s at all like the past, it should be amazing.

Evolve: If successful, where do you want to take the franchise next?

Butler: I’d like to see EverQuest Next focus on building a new form of game where players are working on EverQuest Next with us. At that point, once EverQuest Next has been created, once we have our players building content with us and able to build a vibrant and unfolding world using this technology, I would love to take it to different genres.