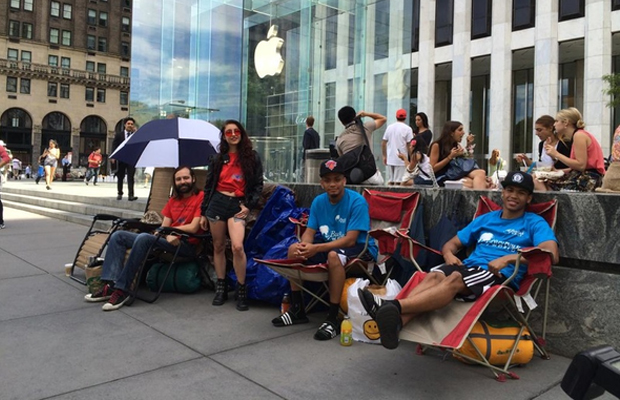 As of yesterday, Apple enthusiasts have begun lining up outside of the company’s flagship Fifth Avenue store to purchase the highly anticipated iPhone 6. These eager customers hope to be among the first to own the coveted device. But here’s the catch – the new smartphone has yet to be released…or even officially revealed.

Perhaps these fervent Apple fans know something that the rest of us don’t. Here’s what’s we do know: Apple’s official iPhone 6 announcement is scheduled for September 9th. Based on previous Apple announcements, the company will likely wait a week and a half before actually introducing the new device in stores. This means that the Fifth Avenue campers would have to stick around for over two weeks before their efforts pay off.

The latest iPhone is rumored to feature two new sizes, and a more durable screen. Are these device updates worth two weeks of sidewalk sleeping? Apparently, for some, they are.

Related: Apple Might Not Ship the iWatch Till 2015
Related: Analysts Predict iPhone 6 Will Go For $750