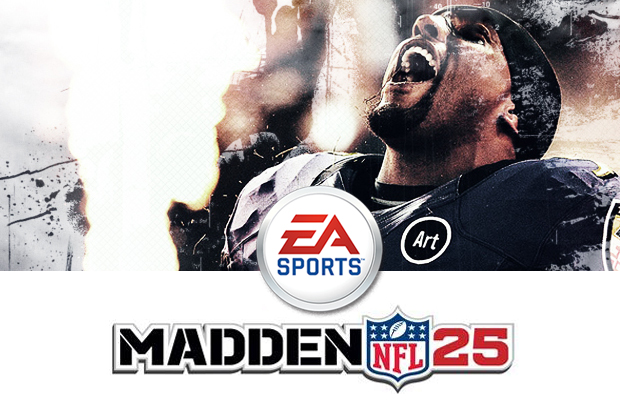 “My legacy will endure forever.” The exact sentiments preached by legendary Baltimore Ravens linebacker Ray Lewis during the latest Madden ’13 TV spot, as EA celebrates the end of his illustrious NFL career heading into Super Bowl XLVII. It couldn’t have been scripted any better. But whether he stays on the field holding the Lombardi trophy or walks off in good praises, the 17-year veteran will forever remain a staple to the sport and video game franchise.

Having already graced the cover for Madden ’05 and starring in numerous commercials for some of the series’ previous entries: What better way for EA to pay homage than by making the greatest tackler of this generation the cover athlete on this year’s Madden game. Wouldn’t you agree? We asked the question and took the concept a step further…designing this exclusive collection of Ray Lewis Madden 25 covers. Consider it a token of appreciation. So if you’re feeling the work, support the campaign by sharing the concepts with your social media crowds.

Update: So we originally posted this feature for Madden 14, but with EA commemorating the game’s 25th Anniversary and confirming Madden ’25, we updated over recent mock-ups for the celebration.