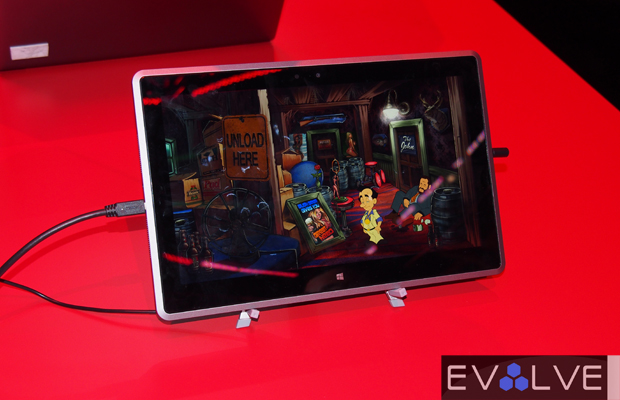 Those who stepped into the Los Angeles Convention Center this week and stopped by the AMD booth saw two things: the company’s special A-Series processors at work, along with Vizio’s new line of products. One of the most popular devices on the scene was the American electronics manufacturer’s Windows 8 tablet. With powerful hardware at the helm, the 11.2-inch slab actually runs a full version of the Windows 8 OS, plus features quad-core processing and a variety of connectivity options. Benchmarks and visuals are off the hook on this thing. We’ll let AMD Product Manager Marc Diana provide you an in-depth look at Vizio’s Windows 8 tablet.