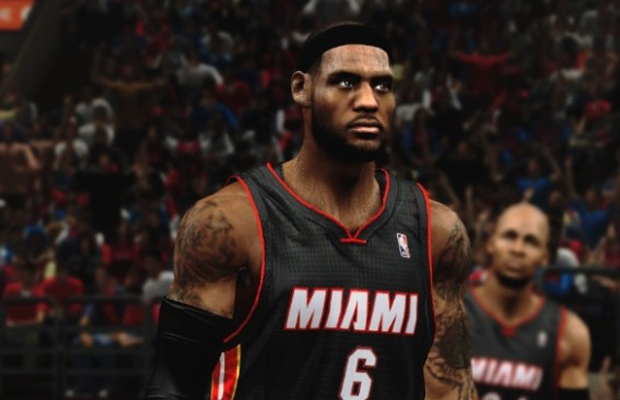 The king himself, Lebron James, made his presence felt at the Sony PlayStation Conference during E3 2013 in an exclusive trailer for NBA 2K14. The four-time MVP joked around with his virtual character in front of the press, then showcased his in-game talents on the big screen, which the majority will experience firsthand on the PS3 and PS4 this fall. Horribly acted, yet highly interesting. Watch 2K Sports exclusive E3 2013 preview for NBA 2K13 below.