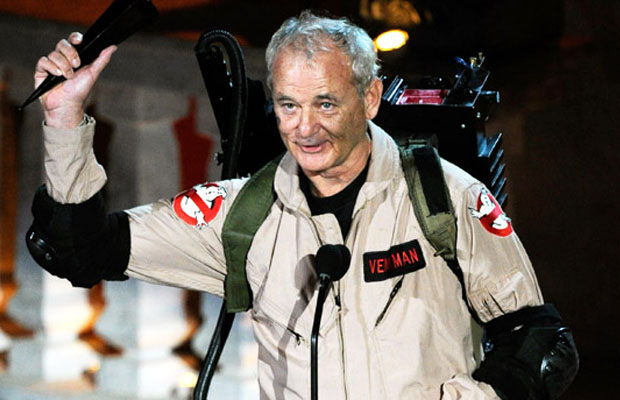 While comedian Bill Murray would seem to be onboard the development-limbo’d Ghostbusters 3, several reports would suggest he’s not…at all. The National Enquirer (out of all places) claims the actor, who has script approval of the project, sent over a box filled with shredded content to fellow actors and writers Dan Aykroyd and Harold Ramis. He also allegedly left a friendly note stating the following: “No one wants to pay money to see fat, old men chasing ghosts!” The report also indicates that Aykroyd and Ramis were enraged and vowed to make the film without Murray. Sony still has Ghostbusters 3 penciled in for 2012, which we highly doubt considering there’s been no casting or other production developments.