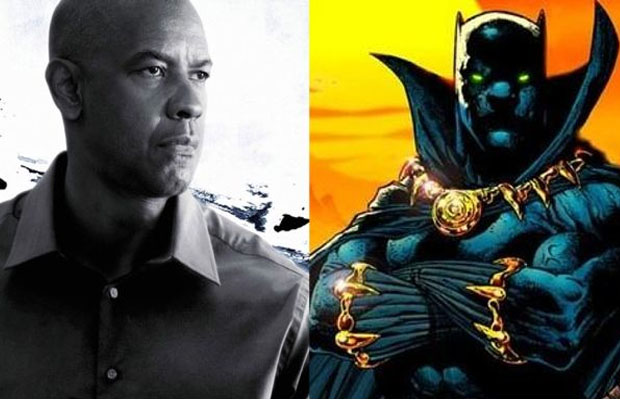 Oscar winner Denzel Washington is starring in the upcoming action flick The Equalizer with Antoine Fuqua directing. The film just premiered in Toronto, but in a recent interview he is already scouting potential roles for the future. A few weeks ago, Stan Lee gave confirmation that a Black Panther movie would be on its way in the near future.

Surprisingly, the character Green Lantern was mentioned by Washington as well, leading to speculation that he could be considered for the role of John Stewart, the Green Lantern of Earth aside from Hal Jordan, who was portrayed by Ryan Reynolds. According to Washington, it is safe to believe that fans shouldn’t get their hopes up for Washington signing on for either project.

As of now, there is only speculation that a Black Panther movie is coming and there are no plans to reprise the Green Lantern franchise.