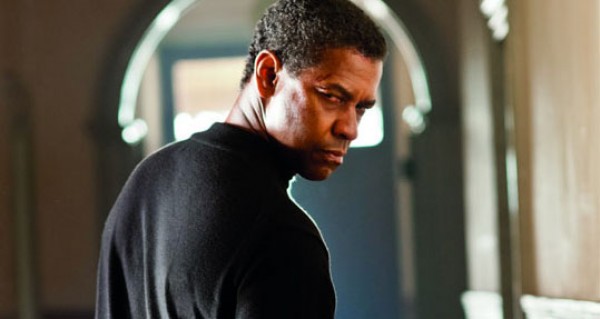 Isn’t it always more fun playing the enemy on the big screen? Just ask Oscar-winning actor Denzel Washington and he’ll definitely share his take. The Hollywood legend hung out with co-star Ryan Reynolds, along with a select group of press reporters, during a press junket for Safe House to discuss the film and his portrayal of rogue agent Tobin Frost. Not one to shy way from his critics, Washington spoke about being an on-screen baddie once again, studying the mind of a sociopath, and training for intense fight sequences. Here’s the quick Q&A rundown:

“The next picture I made that will come out at the end of the year or the beginning of next year, is called Flight. And I play an alcoholic, drug addicted pilot. He crashes a plane, but saves a lot of lives.
And it was probably the most intense film I’ve done in twenty years. And I guess it’s cliche to say that the bad guy is more fun. Because you can say anything and get away with anything, you know? And sometimes when you’re the good guy, you’re trapped. Oh, he can’t say that. And even when you’re playing a real person like Steven Biko, you’re sort of stuck within those confines. So…yeah! Bad guys do have more fun!”

“There’s a book called The Sociopath Next Door. And I thought most sociopaths were violent. In fact, they aren’t. But almost all sociopaths want to win, no matter what. Some sociopaths use pity. Like, oh woe is me. I just can’t do it like you. And then when you go, oh no, you’re all right. Then, I got you. Now I got you in a weak position, and feeling sorry for me. I mean, it’s that sick. They just want to win.”

“Ryan gave me a black eye. There’s a scene when I reach over and try to choke him, and we were flying around in the car. And he wasn’t actually driving the car. It was being controlled by someone else. So it just happened as I was reaching forward, he was flying back and POW.”

No love was lost between the two during the filming process as Reynolds joked about getting physical with the Oscar winner:

“We had a couple of rounds that we went which, you know, I practically had to wear an adult diaper before getting into it. I’ve seen Hurricane. Great, fight night.”