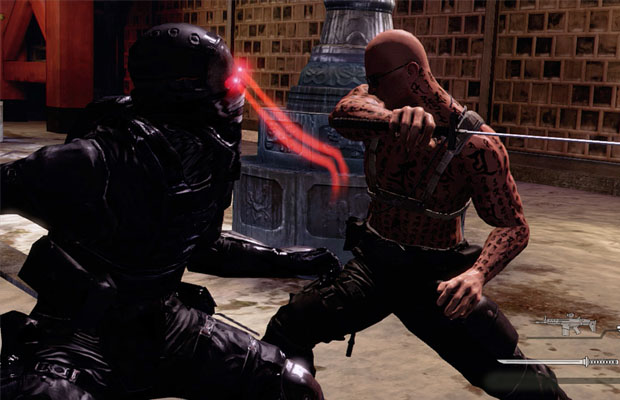 From Tomonubu Itagaki–the creator of Dead or Alive and rebooted Ninja Gaiden series–comes Devil’s Third for the Wii U. Originally intended to be created by THQ for the Xbox 360 and Playstation 3 back in 2010, Devil’s Third was given to Nintendo when THQ went out of business. Apparently, the gaming giant understood this violent action title better than anyone else.

Okay, okay, so Devil’s Third isn’t your typical Nintendo title. The trademark of Nintendo games: fun puzzles, a colorful world, and general family friendliness are very absent. Instead, the title has plenty of visceral weapons, gore, and sexual/suggestive content. However, even though the title doesn’t really seem to appeal to the average Nintendo gamer, Itagaki is still quite confident that the game will do well.

“I’m not concerned.” He declares, “Looking through my Facebook already I’ve seen a lot of comments that say, ‘I’m going to buy a Wii U just for this.'”

It may be a surprise if the game really does do that well, but either way, it’ll be interesting when it comes out. Keep in mind there is still no release date nailed down.

Related: Nintendo Producer Teases Zelda Wii U Multiplayer
Related: 7 Nintendo Wii U & 3DS Games That Can Save the Company This Year