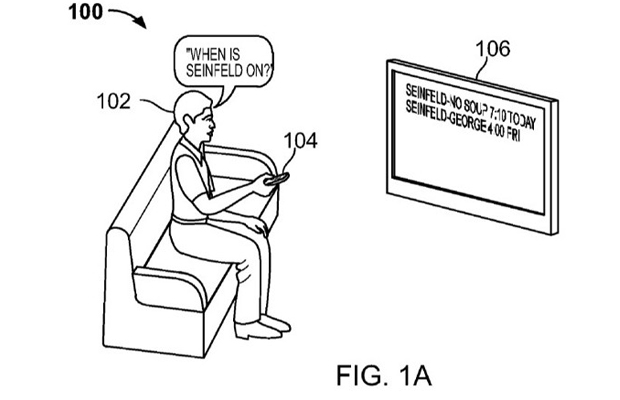 Everyone with an Android smartphone knows all about Google’s voice action feature. Shoot texts, perform searches, make calls, etc.—it’s only a few of the several simple voice commands offered on the search engine’s mobile platform. Looks like Google TV owners might be basking in the same goodness, as a recent patent application filed by Google last September hints at the possibility of voice capability for irs high-tech television hardware. From the looks of it, your Android phone would serve as a channel to remotely control the Google TV device. On top of that, the GPS feature might allow users to turn on their TV and set up stations to watch from a particular radius close to their home. It’s been heavily rumored that Apple’s upcoming TV set will offer Siri integration, so it comes as no surprise that Google would follow the same trail.

Get a full breakdown over at Patently Apple.