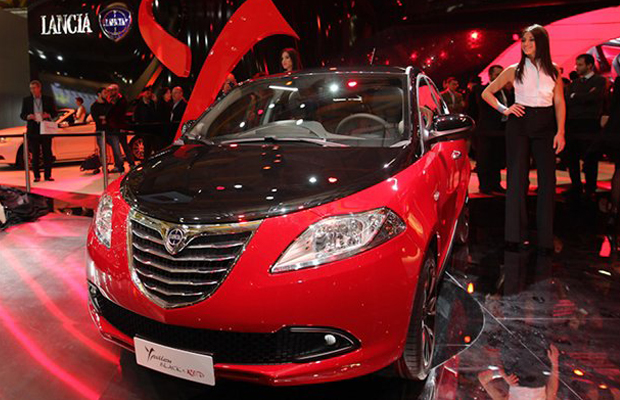 An all-new rendition of the Lancia Ypsilon hit the showroom floor of the Bologna Auto Show this week, dipped in black and red and making its way to the UK market under the Chrysler imprint early next year. The five-door supermini comes in four different body colors: including two shades of red, black and a two-tone version with red body and black roof and bonnet. Inside you’ll notice the standard black and red-trimmed seating, dashboard, and door panels as well. The 2012 Lancia Ypsilon will be offered with two turbine options: a 69bhp, 1.2-litre Fire engine or turbodiesel 95bhp 1.3-litre MultiJet II engine. More details are expected to emerge in January, which is also the time period of the Detroit Auto Show. Dope look.