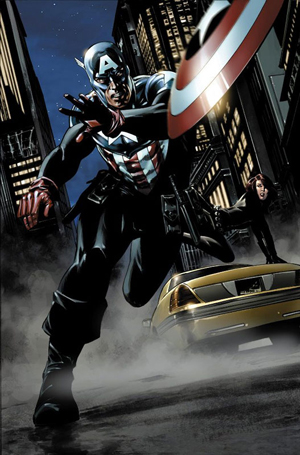 The L.A. Times reports the following:

Marvel Studios President Kevin Feige admitted he and his team had considered converting the superhero sequel (Iron Man 2) into 3-D after seeing the success of “Avatar” and “Alice in Wonderland.” Given the extensive demands of post-production on “Iron Man 2,” however, they concluded there simply wasn’t enough time.

With three Marvel movies in the works over the next two years, however, Feige hinted that 3-D may be in the cards for some or all of them.

“The team has been doing a lot of research into 3-D processes, and we’re looking at it on future films when we have the time,” he said. “We will be doing it at some point.”

“Thor” is already in production, meaning it would have to be converted into 3-D in post, but “First Avenger: Captain America” and “The Avengers” could potentially be filmed with 3-D cameras.

Predictable, Yes! So even if “The First Avenger” sucks, the 3D aspect will surely have the film break even at the box office. Checkmate Marvel!