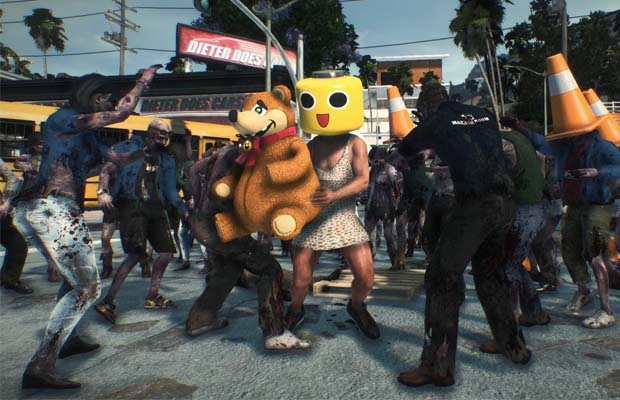 So what’s the skinny on Capcom’s upcoming horror sequel besides it being an exclusive for the Xbox One? The guys at OXM UK had the opportunity to speak with Dead Rising 3 producer Mike Jones about some of the new features fans of the series can expect, while confirming there will be 6 to 10 endings and be determined by choices made throughout the game. In addition, the leveling system for characters has been fine-tuned, granting attribute points that lets you decided on to distribute it upon leveling up.

“Previous Dead Risings would always have modes like the Overtime mode, where you get to discover the truth behind everything that’s been going on…So there’s not just the six days, we’re going beyond that if you make the right story decisions. So it’s not like choose-your-own-adventure crazy infinite endings, there’s a finite amount, but they all [correspond to] meaningful story decisions that you make as you play through.”

Players can look forward to a well-rounded RPG feel to the game. Dead Rising 3 is set to launch November 22 for the Xbox One.