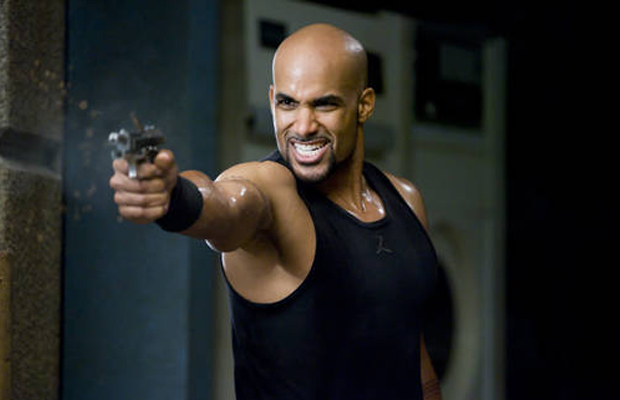 It’s turning into one Resident Evil orgy in Canada right about now, as Afterlife cast member Boris Kodjoe announces his return for the fifth film: Retribution. The actor took to his Twitter page and and tweeted, “Ok, Resident Evil fans. [Milla Jovovich] and myself are up here in Toronto getting ready for RE5 More action than ever!!!” Kodjoe joins Milla Jovovich, Ali Larter, and Sienna Guillory, who was rumored to have been dropped from the series, but signed on a few weeks back to reprise her role as Jill Valentine. Hopefully director Paul W.S. Thomas doesn’t give him the “black guy never survives a horror film” treatment like Mike Epps. Resident Evil: Retribution is set to blast IMAX screens Sept. 14th, 2012.