‘Batman vs. Superman’ Will Begin Shooting This Weekend 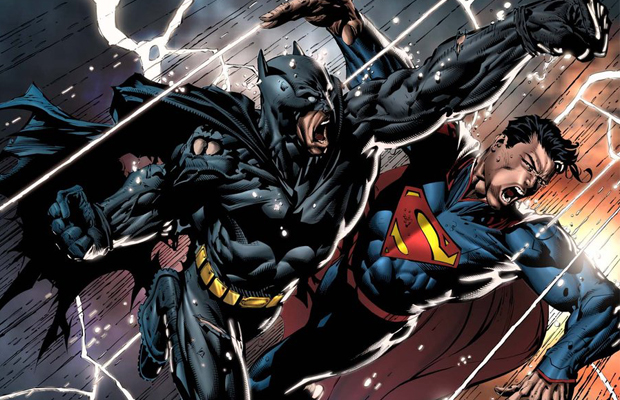 The Man of Steel follow-up looks to be moving faster than expected on the production front, as Warner Bros. will start filming a crowd scene this weekend at the East Los Angeles College Weingart stadium. Anyone of the first 2,000 attendees will get an exclusive t-shirt at the game and serve as an extra for the scene, which has yet to be divulged to the public. Either way, it’s safe to say Batman vs. Superman is officially underway.

Here the recent newsletter sent to students at the East LA College Campus:

Zack Snyder who directed films such as this past summer’s blockbuster “Man of Steel,” and other movies like “300,” “Watchmen” and “Sucker Punch,” directs the upcoming film.

ELAC and Victor Valley College will kickoff the game at 6:30 p.m. At halftime, the stadium will transform into Gotham City University home stadium.

Warner Bros. Pictures announced through a press release that Snyder and producers of the film are looking for people in the Los Angeles area, preferably ELAC students, to be extras for the upcoming film.

The stadium will be made into the backdrop for a football game between Gotham City University and rival Metropolis State University.

The first 2,000 people who sit in the filming area of the stadium will receive T-shirts designed by Snyder for those participating in the filming and prizes will be raffled throughout the night.

The crowd will sport Gotham Citys colors, black and gold.

The film will shoot three takes of three plays during halftime. The crew will be capturing the actors and crowd’s reactions.

ELAC’s College event and Venue Coordinator, Ernest Burnett, said that the filming will be about 20 minutes during halftime. The second half of ELAC’s game will follow the film shoot.

Snyder decided to use ELAC’s stadium to support ELAC and the community.

“They could have done this on a night when we didn’t have a home game. They wanted to support the school,” Burnett said.

ELAC has approached the feature film industry to gain revenue for the college. Features films want to use ELAC because it’s a film friendly school.

“Our visibility among the film community is higher than a lot of schools and I have to give a lot of credit. The experiences of the people that have come and shot here are very good. Because students know the deal now, like they notice the production truck and then move on to class, it’s more common,” Burnett said.

“Feature films don’t usually use community college campuses, because feature films’ schedules change and we can’t accommodate. But we want their business because they come for weeks not just a day. We want to make a lot of money over a small smaller amount of time,” Burnett said.

“It’s also a big opportunity for us (ELAC), and to cheer on our Huskies. Victor Valley is not a bad team,” Burnett said.

Batmna vs. Superman is schedule to hit theaters Summer 2015.