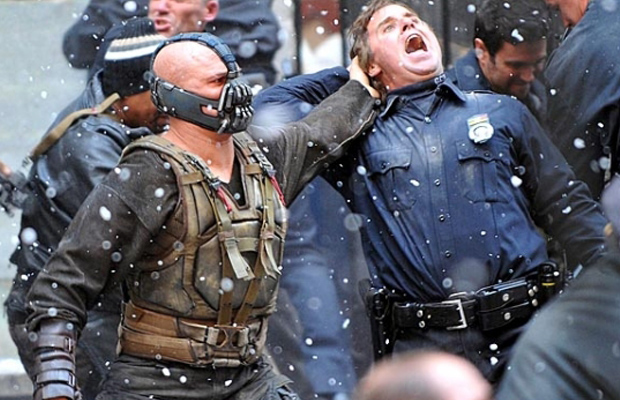 The Occupy Wall Street movement should take notes from Batman baddie, Bane (Tom Hardy), and some of Gotham’s most ruthless citizens. Director Christopher Nolan began filming The Dark Knight Rises about a week ago in New York’s Financial District, as the leaked online shots of stars Christian Bale and Joseph Gordon-Levitt solidified (click here to view), and now comes this insane coverage of what seems to be an all-out war between Gotham’s finest and the city’s most hostile thugs. It’s safe to safe Bane is kicking some serious ass. We’ll let the rest of the images and on-set video clips do the rest of the talking. Chaos has ensued! 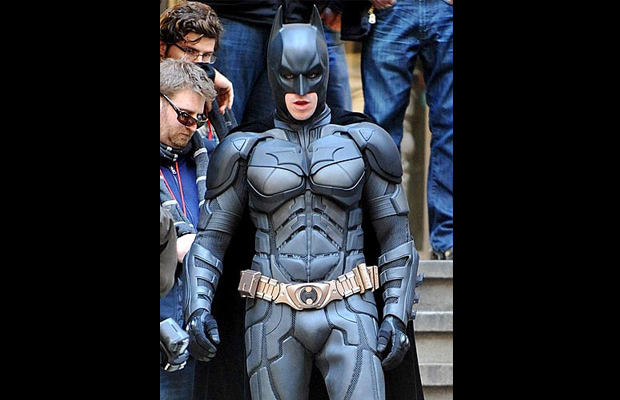 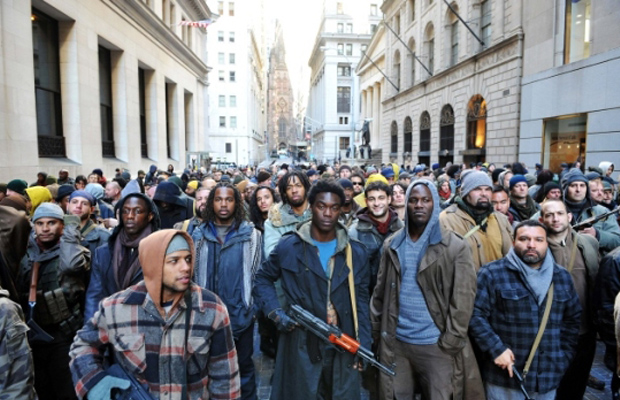 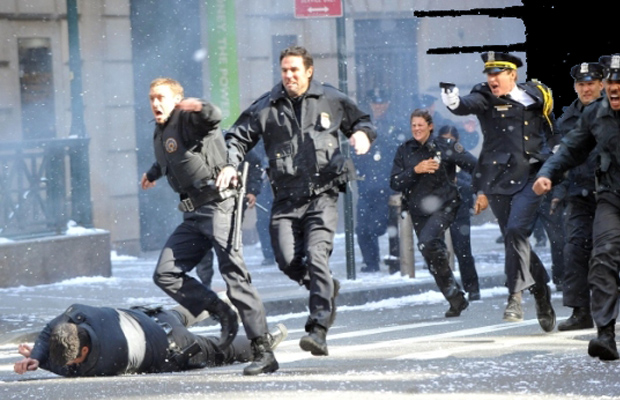 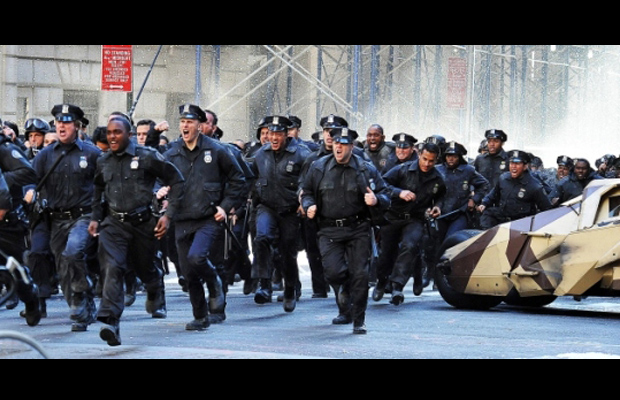