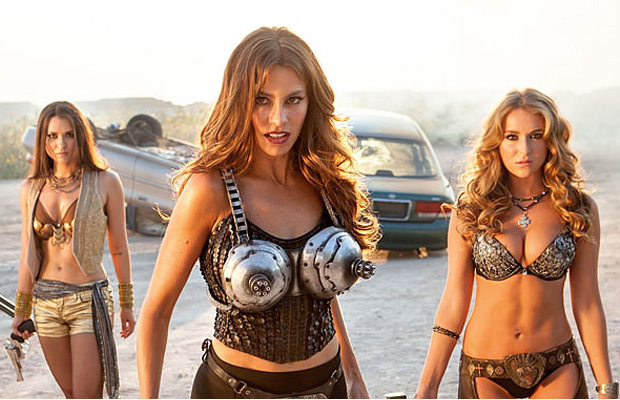 Robert Rodgriguez’s Grindhouse-inspired action film has grown to become a cult-classic amongst filmgoers. It’s that strong fan base that helped spawn a sequel in Machete Kills, which brings together an all-star cast of Hollywood talent including Charlie Sheen, Mel Gibson, Danny Trejo, Michelle Rodriguez, Jessica Alba, Amber Heard, Sofia Vergara, Zoe Saldana, and more. Open Road decided to share one final trailer, a 3D at that, for those looking to check out the film due out October 11th. Watch the visuals below, along with the film synopsis.

In theaters October 11, “Machete Kills is an action-packed thrill ride about the adventures of legendary secret agent Machete Cortez (Danny Trejo). In his latest mission, Machete is recruited by the U.S. President (Carlos Estevez) to stop a crazed global terrorist (Mel Gibson) from starting a nuclear war. With a bounty on his head, Machete faces death at every turn from an all-star cast of deadly assassins. Breaking all the rules, visionary director Robert Rodriguez leads this star-studded ensemble on one of the wildest adventures to save the world ever captured on film!“