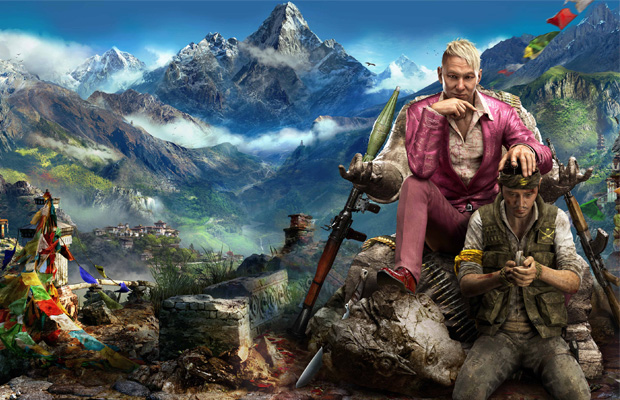 Feel free to skip down to the list to see the achievements in ascending order of gamerscore.

Far Cry 4 is the wonderfully beautiful successor to the hugely successful Far Cry 3 released in 2012. Set in sunny and dangerous Kyrat, Far Cry 4 will be one of Ubisoft’s many blockbuster hits this holiday season. This action adventure game also happens to feature a beautiful achievement list!

Featuring nothing overly difficult, Far Cry 4 just wants you to experience the world they have created for you. Achievements like “Like A Bird” which has you fly 500m with a wingsuit, really exemplify what Ubisoft wanted to do, they just want you to feel it! Unfortunately, the achievement list will take you to every part of the game though. A lot of gamers like picking what they want to play but there are achievements like “The People’s Champ” which forces you to play the Arena mode of Far Cry 4. While this is fine if you are a completionist, it might be awkward for those who aren’t good at those sort of mechanics.

Again, like Assassin’s Creed: Unity, this achievement list shouldn’t take a lot out of you and certainly isn’t hard. Its good on Ubisoft for making two very doable achievement lists that just have you play the game as much as possible. Thanks Ubisoft!

**It is also worth noting, like all of the games this season (for whatever reason), the trophy values have not been announced and won’t be until next week. We will place the values inside the achievements when they are announced!**