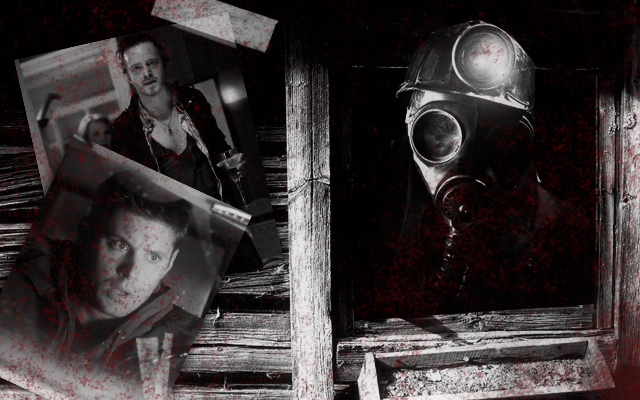 We get it, we get it—horror remakes suck. In fact, most Hollywood rehashes aren’t even worth putting on your Netflix queue. Ask most horrorphiles and they’ll argue that the last generation of great scary reimaginings date back to the late 80s. Ouch. Sure, for every decent horror remake there are 10 bad ones. But we scrummaged through the sh*t pile and pulled out a handful of entertaining and frightful films from the past decade that have surprisingly lived up to its predecessors. So as you head into Halloween yearning for some nostalgic horror, but in modern-day form, we recommend checking out any of these well-received 7 horror remakes. 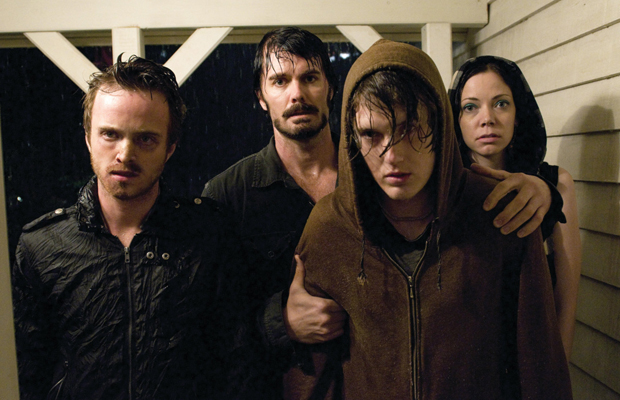 Wes Craven’s original was viewed as one of the most disturbing movies of the past century and was censored in most countries due to its excessive violence and acts of sadism. While we didn’t exactly get the same results in the 2009 version, it still kept intact the morbid tone and psychotic nature of the 1972 cult film. The storyline stood untouched for the most part, as two teenage girls encounter a group of wanted serial killers and are raped and murdered in the woods. Then comes the plot twist of the psychopaths unexpectedly seeking refuge at one of the victim’s homes, where the parents discover their daughter’s fate and plot revenge. One might attribute the film’s moderate critical success to its cast, which consists of a number of well-known faces including Breaking Bad’s Aaron Paul, but it’s the realism present in the story that continues to frighten audiences till this day. 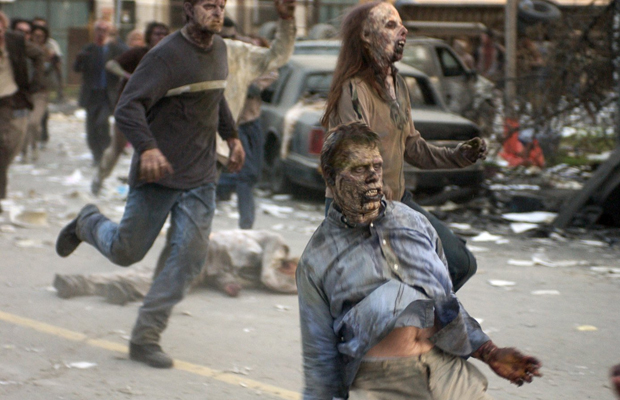 Before 300 and Watchmen, Zack Snyder made his directorial debut with the Dawn of the Dead remake. And most fanboys will easily say it’s his best work to date. Not only did Snyder stay true to the comical, intense, and fright-filled moments of the 1978 masterpiece, but he improved on it in every single way, leaving die-hard Romero fans more than satisfied with the end result. Terrifying chase scenes, great character development, and an insane opening sequence—Snyder’s re-imagination easily stands as the last classic horror remake next to David Cronenberg’s ’86 adaptation of The Fly. 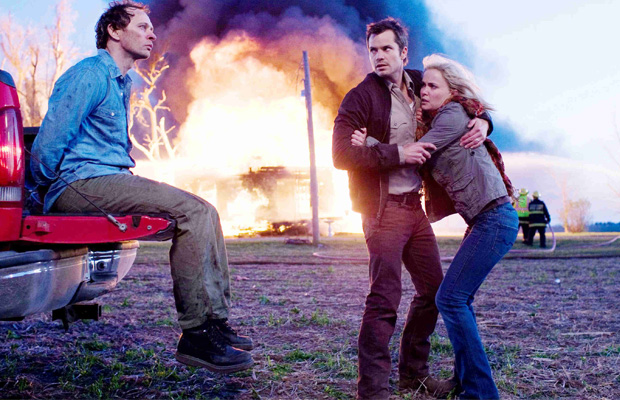 The Crazies remake garnered success internationally and domestically. The cast includes a mix of b-listers and seasoned Hollywood vets with Timothy Olyphant leading the cast, alongside Radha Mitchell. It also included input from original creator, George A. Romero, as executive producer. This retelling of the horror throller follows the story of “the friendliest town on earth,” whose water supply is infected with the Trixie virus. After 48 hours, the virus turns the infected into cold-blooded killers, preying on those all around. The Crazies actually didn’t make us go crazy. 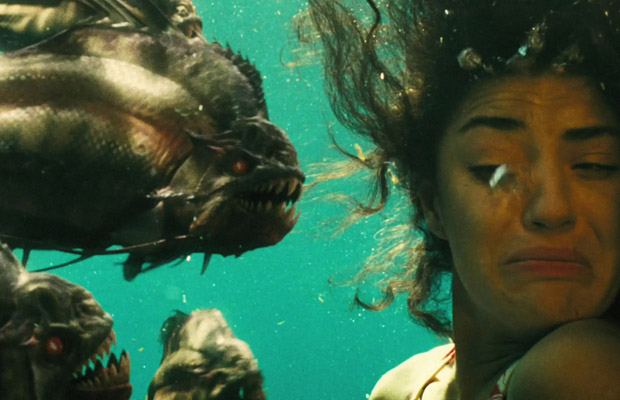 Campy humor, cheesy dialogue, and over-the-top gore—sounds like a bad 80s horror film to us. Yet that alone made Piranha 3D one of best reviewed films of 2010 (reference Rottentomates if you think we’re joking). After an earthquake strikes Lake Victoria during Spring Break, deadly man-eating fish surface from the cracks of the ocean with a taste for human flesh. Call it silly, retarded, whatever, the truth is this horror comedy gave you everything you wanted from ridiculous kills to major boobage. And Richard Dryfuss gets offed in the beginning, too. What more could you ask for? Granted none of the actors had Oscar-worthy performances, Piranha 3D definitely lends itself to being a great guilty pleasure. 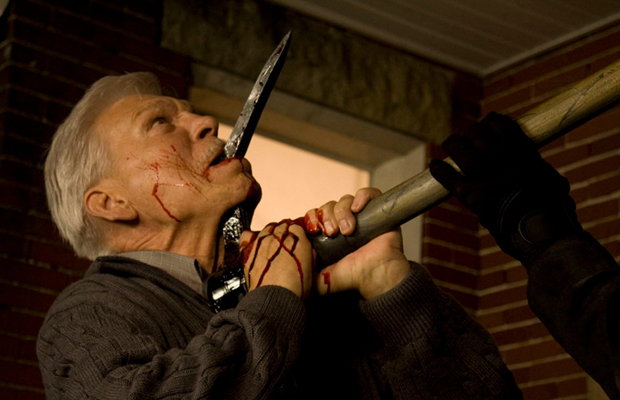 Slasher flicks were dead once torture franchises like SAW and Hostel hit the big screen. But My Bloody Valentine resurrected the genre by re-introducing cult horror to a new generation: in 3D. The story about a mysterious cole miner that kills innocent townspeople and horny teens with a pickaxe doesn’t sound all so terrifying, but director Patrick Lussier did a great job of offering some edge-of-your-seat thrills. Plus the film stars horror icon Tom Atkins. Bonus points. So MBV lacks dialogue and is loaded with CW tween starpower (Supernatural’s Jensen Ackles and Dawson’s Creek alumnist Kerr Smith). Still, it’s the blood-splattering kills that win your heart over. Did we forget the gratuitous nudity as well? What’s not to love here. 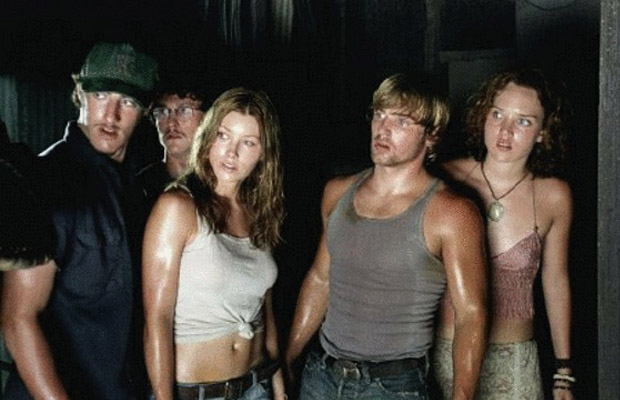 You want macabre and gruesome cinema, look back at the centerpiece of explotation horror films: The Texas Chainsaw Massacre. Tobe Hopper’s saturnine treasure introduced horrorphiles to one of the most prolific onscreen killers ever in the chainsaw-wielding Leatherface, who was based on real-life cannibal and necrophiliac Ed Gein. The original was by far one of the sickest movies ever created, but the Michael Bay produced film definitely delivered more scares and goosebumps. The suspense and blood-curdling chills of every death scene kept you looking away from the screen, until Jessica Biel started running around all hot and sweaty. Not much can be said about the prequel released a few years later. 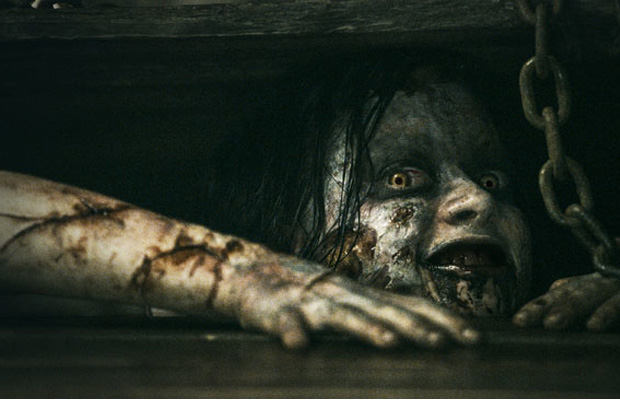 The original gore and blood thirst of the original was resurrected perfectly, as the rebooted installment proved to be a despicable and disturbing evil that was reborn for another generation. Evil Dead features experienced, non a-list actors, which gave the film a sense of urgency in the scare department. It made the characters more retable. It leaves little room for disappointment because there are no awkward plot twists or complete film changes. Evil Dead harnesses the evil in a whole new way.