5 Horror Genres The Wayans Bros Should Spoof Next 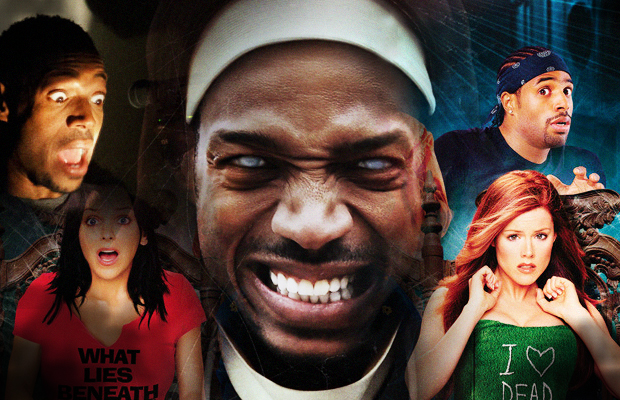 Nearly 13 years ago, the comedy trio of Keenan, Shawn, and Marlon Wayans created what was (and still remains) arguably the greatest horror parody of all time: Scary Movie. Roasting some of the most popular horror films of our generation from Scream to The Sixth Sense, the family did the unexpected by not only making a successfully, well-received film—they can fully take credit for revitalizing the horror comedy genre. Having walked away from the series after the sequel, younger bro Marlon is ready for his encore with his own supernatural lampoon, A Haunted House.

So with slasher and paranormal films in the bag, what other possible horror genres could there be for him, and even his siblings, to go in on? Judging from the recent wave of scary pictures to hit the big screen over the past decade, lets just say the family has enough material to work with. Check out our recommendations as we break down the 5 Horror Genres The Wayans Bros Should Spoof Next.