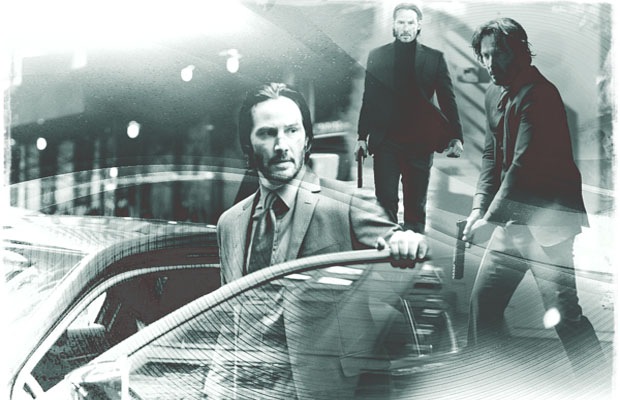 Watching him in Schinder’s List and Les Miserábles, no one would have guessed that Liam Neeson – sophisticate extraordinaire, revered thespian born and bred on the stage – would wind up bludgeoning kidnappers, dodging bullets, and chasing criminals from one end of the earth to the other. He was the unlikeliest of badasses: a man more likely to free a fly from a trap than to hurt one, more interested in soliloquies than strangleholds. But then, Taken was released and all of our expectations were revealed to be utterly, startlingly wrong. Dead wrong.

As the body count piled up around him in the Taken sequels, Non-Stop, The Grey, Unknown, and other similarly-minded action-thriller shoot-em-ups, Neeson showed himself to be a natural action star. Not only did he possess a gravely, deep voice that could send chills down any spine, he was a physically formidable, brooding, threatening figure that wielded secrets just as well as he wielded guns. Before too long, he was, without ambiguity, one of the biggest action icons alive, notwithstanding Sly Stallone’s insistence that his own career was still thriving. Move over Jason Statham. But what was most astounding about Neeson’s ascendancy, his meteoric rise to the top of the box office and the top of every action aficionado’s DVD collection, was his age – that is, his old age. His accomplishments in the genre were all completed around the usual marker of senility, at least to the twenty-something set, namely sixty big ones.

However, after the rather lukewarm response to Taken 3, it seems like Neeson’s reign as the over-the-hill, out-of-retirement hero may be coming to an end. If this is the case, and we fear it is, then who, of all the late-fifty-somethings that inundate each studio’s rolodex, will be his replacement. The answer is unclear. Yet, there seem to be a few gentleman who would be willing to step up and test out their chops as the next near-geriatric action titan. Here are our picks, but please feel free to let us know what you think. 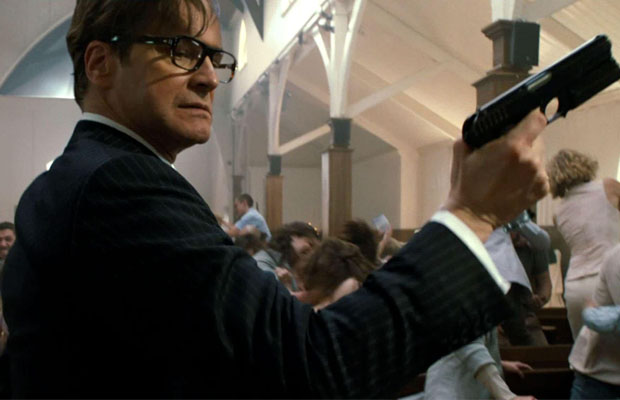 This may come as a surprise. But, remember, Neeson came as a surprise to us as well. And, come on, who doesn’t love a good against-type, against-expectations blip in the filmography that, with the right amount of luck and box-office returns, could become a new trend in the filmography. So, while Firth is one of the most Shakespearean-friendly actors out there, one can’t help but be intrigued by the idea of him as a bitter enemy – a man driven by pale fire under his pasty skin. Plus, with what looks to be a knock-em-dead performance in Kingsmen: The Secret Service, there is little-to-no chance Firth would be a total misfire. 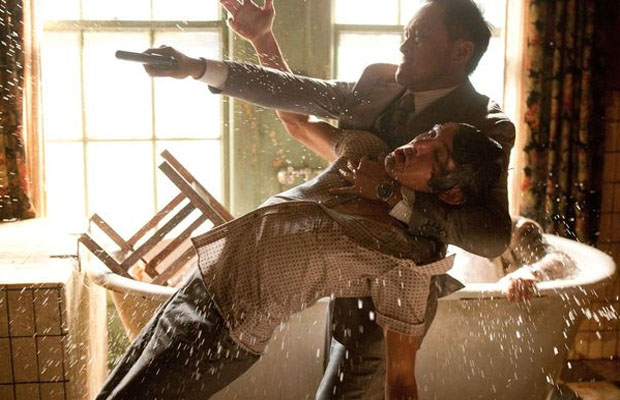 Any actor shown favoritism by Christopher Nolan, the veritable King of Blockbusters of this generation, has got a shot at rising above the crop at becoming not just a household name, but a name that decorates posters that are plastered on household walls. Watanabe is one of those actors. With memorable performances in Inception, Batman Begins, and earlier in The Last Samurai, he has demonstrated a knack for intense, demanding roles that necessitate a certain admixture of menace and charm. For this reason, and more, he seems like a logical choice for Hollywood’s next action star over fifty. 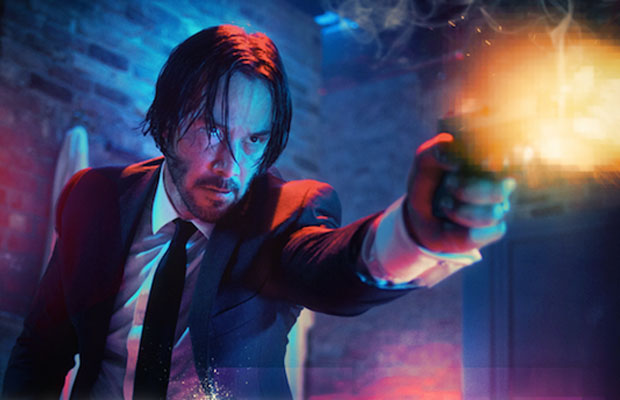 This should come as no surprise. Keanu is the farthest thing from a stranger to the action circuit, and, time and time again, he has proved that a little martial arts choreography puts him right in his element. Admittedly, though, he has struggled in the past to find the right material; cases in point: Johnny Mnemonic and 47 Ronin. Although, after last year’s John Wick, in which the title character rivaled Brian Mills in terms of sheer badass-ness, the Matrix-veteran really showed his true potential. With a few more years under his belt, and a few more grey hairs, “Mr. Anderson” may rise to fill the vacancy Mr. Neeson leaves behind. 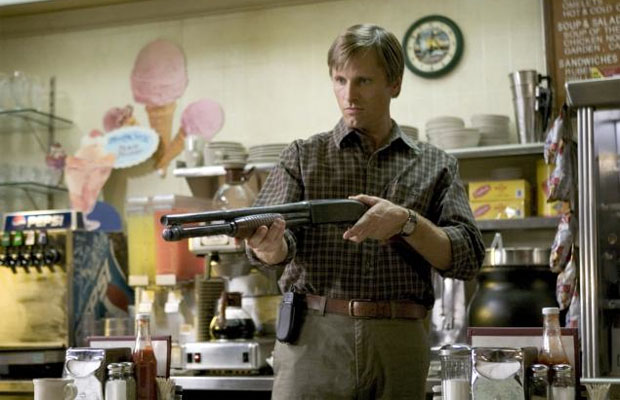 Another safe choice, but by no means an uniformed one; Viggo, if I may call him Viggo, has indicated that he can tackle anything from a fantasy-adventure romp (LOTR) to a dark, cold, atmospheric thriller (A History of Violence). With chiseled good looks, dynamic acting power, and a healthy appetite for challenging roles, he would slip into Neeson’s shoes seamlessly. Really, he just needs one role – a jumping-off point, so to speak – to experiment with a new persona, one that he could craft into something as arresting, as absolutely mesmerizing, as what Neeson has concocted for himself. Let’s just hope his agent is as perceptive as we are.

As a former 007, a role that doubles as a formal, very-public test in one’s action-star capabilities, Brosnan has nothing he needs to prove. What is still yet to be ascertained, though, is whether the British bon vivant can trade in his debonair attitude for a raw, electrically charged aggression. That would be the true test of his action grit. The transition from a tailored tuxedo to a tattered tee shirt would be an infinitely engaging one for Brosnan, one that audiences would love to see. It could be a total flop, but taking risks is what action is all about. Right? 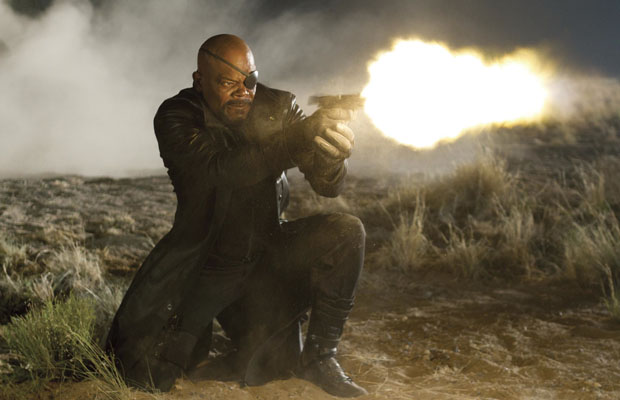 The term “bad-ass,” to my knowledge, was not popularly used until Jackson graced the screen in Tarantino’s Pulp Fiction. In fact, critics may have invented the term in order to describe that very performance; the human vocabulary, otherwise, would have been hopelessly deficient. And Jackson has shown that he is not above “pulp,” B-level action, just take a moment to recall his viral-ready turn in Snakes on a Plane. It doesn’t hurt that Jackson is also getting up there in years. As Nick Fury, he’s kicking ass, but in limited action. We’d love to see him lay some smackdowns and preach some sermons along the way. 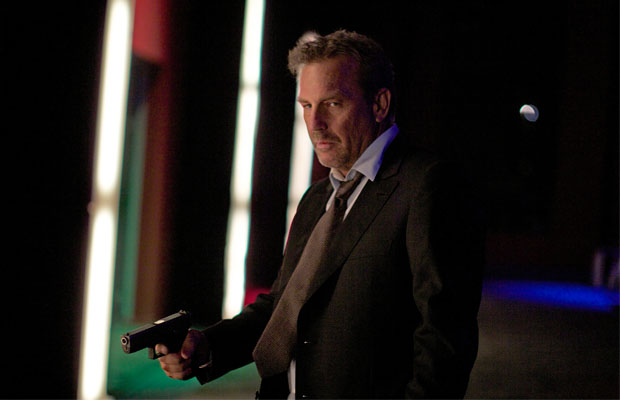 He’s danced with wolves, raised Clark Kent, stole from the rich, gave to the poor, and plunged our planet into water. What’s not to love? Costner is, by now, an American cinematic treasure who has etched his name into the cultural consciousness through a medley of roles ranging from the sublime to the sublimely awful. It bears mentioning, though, that part of his appeal is his All-American-ness: he’s predictable, clean-cut, square-shouldered, and would look just as good shouting plays into a headset as in the stands rooting for his only son, tears in his eyes. However, if he broke out of this mold, and adopted a sharpened machismo and a razor-tongued wit, then nothing would stop him from barreling past Neeson as the world’s favorite retiree-turned-assassin.