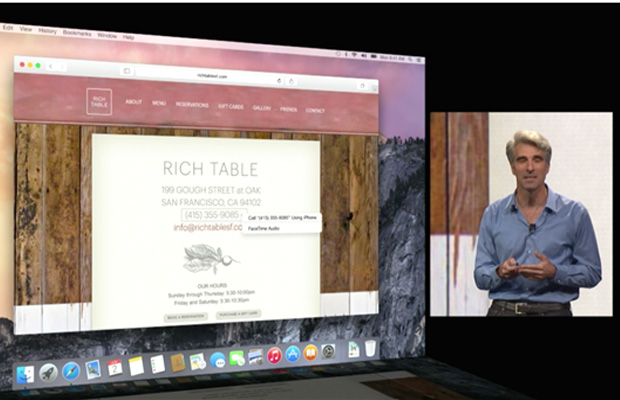 Billed more as the Jony Ive release of Mac OS X, this software update comes stacked with new features. Apple goes on to extend the color scheme of the interface, where the backgrounds, icons, and shading align with official apps for dark and light mode. Spotlight becomes more useful with it appearing right in the middle of the desktop and autocompleting searches.

The new notification center performs similarly to the notification center present in iOS 7, meaning you’ll access calendars, sports scores, widgets, and more directly from the program. Cool thing is you can edit widgets and the content appearing in them, while adding third-party widgets to the screen.

iCloud makes an appearance in the menu down the left hand side and will supposedly be made available on Windows as well. It works with Mail too, allowing users to do an end run around their server and upload attachments to the cloud service up to 5GB. Oh yea, Airdrop will now work seamlessly between the iPhone, iPad, and Mac.

The developer preview of OS X Yosemite is available today, with the consumer version being available this fall. FREE!