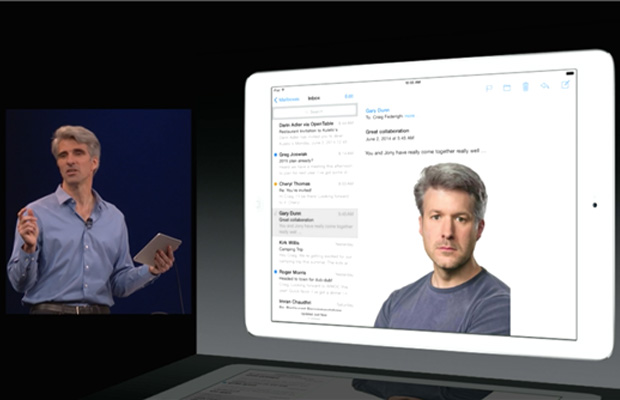 After spending several minutes burying the Android platform, Apple’s keynote MVP Craig Federighi introduced the latest mobile OS and its several neat tricks. Responding to message notifications is easy as pulling down the screen. There’s also access to deal with notifications from the lock screen. Apple’s also gone on to welcome a newer version of its keyboard know as Quick Type, which supports predictive typing suggestions as you type.

The Message app welcomes some new features such as muting particular conversations, accessing attachments from one place and adding a video message in-line. Find My Friends seems to be built into a messaging thread as well. But of the more surprising announcements of the show is the software’s ability to automatically record audio and video messages when raising the phone to your ear. The other end of the function is it can self-destruct those messages unless you to choose to save them. Talk about a punch to the gut for Snapchat.